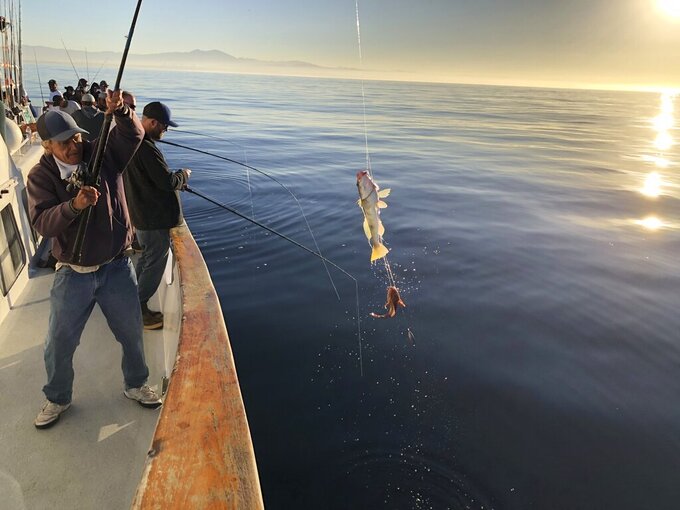 HUNTINGTON BEACH, Calif. (AP) — California will reopen fishing along a stretch of southern coastline after barring the activity for weeks following an offshore oil spill, it was announced Monday.

The state's Department of Fish and Wildlife said a ban on the taking of fish and shellfish will be lifted at 11:59 a.m. Tuesday and fishing can resume at midday.

The decision came after testing to ensure the fish along the coast was safe for human consumption after pipeline owned by Houston-based Amplify Energy leaked about 25,000 gallons (94,635 liters) of crude oil in early October.

The weekslong closure dealt a blow to fishermen who said customers didn't want to buy their catch, fearing it was contaminated and walloped charter operators who run fishing trips off the Southern California coast. Some have joined lawsuits against Amplify and say their biggest fear is that the spill’s stigma will drive away tourists even after the oily tar that washed up on the beaches is long gone.

Environmental advocates initially feared the worst when they learned about the spill on Oct. 2 but it was smaller than anticipated. The Coast Guard said much of the miles-long plume of oil appeared to break up at sea, limiting the impact on sensitive wetland areas and wildlife along the coast.

Beaches were closed about a week before reopening for surfing and swimming. Fishing took longer to resume because environmental health experts said fish in spill zones can ingest oil, which contains polycyclic aromatic hydrocarbons that can cause cancer in people if eaten in certain quantities.

The spill was caused by a leak in Amplify's pipeline that ferried crude oil from three offshore platforms. The cause is under investigation, but federal officials have said the pipeline was likely initially damaged by a ship’s anchor.