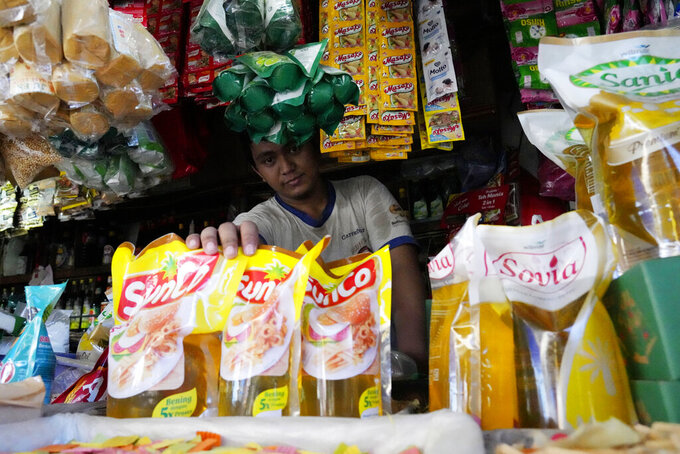 JAKARTA, Indonesia (AP) — Indonesia will ban exports of cooking oil and its raw materials to reduce domestic shortages and hold down skyrocketing prices, President Joko Widodo announced Friday, a day after hundreds of people protested in the capital against rising food costs.

The ban begins next Thursday and will continue for an undetermined length of time, he said.

“I will continue to monitor and evaluate the implementation of this policy so that the availability of cooking oil in the country is abundant and at an affordable price," Widodo said in a statement.

The government issued a policy earlier this year obligating all palm oil exporters to ensure that adequate supplies are available in the domestic market and that costs do not follow sharply rising international prices.

Hundreds of people marched in Jakarta on Thursday to protest soaring food and oil prices. They demanded the government reduce prices of fuel and basic foods, including cooking oil.

Indonesia and Malaysia are the world’s largest exporters of palm oil, which plays an important role in their economies. They account for 85% of global palm oil production.