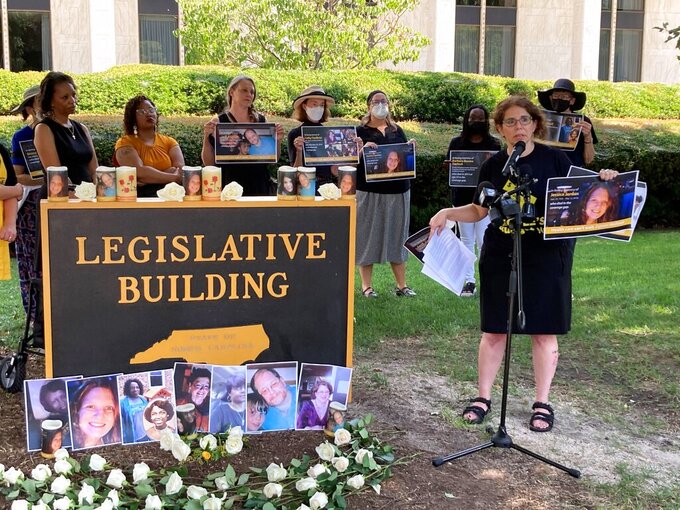 Speaking separately to reporters while the legislature convened this week for no-vote sessions, Senate leader Phil Berger and House Speaker Tim Moore said top-level discussions have waned since its chief work period for the year ended 3 1/2 weeks ago.

By that time, the Republican-controlled House and Senate had passed different legislation that set the state on the path to accept federal funds to cover 90% of the medical expenses for as many as 600,000 low-income adults who earn too much for traditional Medicaid. North Carolina is one of 12 states that have yet to accept expansion since Congress first offered it over a decade ago.

The Senate proposal championed by Berger accepted expansion, but it also contained additional reforms he said would increase the number of providers and services. They included scaling back “certificate of need” laws that tightly regulate expansion plans by medical providers and allowing highly trained nurses to practice without a doctor's supervision.

The House plan left out those extra reforms, and instead envisioned the legislature returning in mid-December to vote on an expansion plan developed by Democratic Gov. Roy Cooper’s administration that contains several key fiscal and medical benchmarks.

“The bill that the Senate sent over is just a nonstarter,” Moore said. But Berger said his chamber won't settle for a measure that only contains expansion, but rather one that includes some “supply-side increases" for health care providers and medical facilities. Berger placed blame upon the state’s hospitals for failing to accept a significant pull-back of certificate of need laws.

“There remains a window to get something done,” he told reporters. “But quite frankly, as long as the hospitals remain as intransigent as they are, I don’t see that we’re going to make any progress.”

The North Carolina Healthcare Association, which represents for-profit and nonprofit hospitals, said Tuesday it looks forward to continue working with House and Senate leaders on advancing expansion and entry into a program that would let hospitals received higher Medicaid reimbursement rates.

But the group told Berger “elements" of the Senate bill “would be harmful to hospitals and erode the state’s safety net,” NCHA spokesperson Cynthia Charles said in an emailed statement

As a sign of the association's influence, Moore said he would want to be sure that hospitals agreed to certificate of need changes before his chamber voted on them.

“I think we need to be very careful (with) folks trying to blame hospitals,” he said. “These are the facilities that are there on the front lines, taking care of the sickest folks in our state.”

While supporters of certificate of need laws say they prevent the use of expensive medical services from going out of balance with demand, critics say they limit competition, to the financial benefit of current health care providers.

Cooper, a strong supporter of Medicaid expansion and who would be asked to sign any final bill, told reporters earlier this month that he was hopeful for quick agreement on expansion.

Moore said Tuesday there was no need to rush on a solution. The legislature is already scheduled to return monthly for the rest of the year — the next meeting is Aug. 23 — to address other potential topics. So there are opportunities to vote for any expansion agreement that surfaces. Berger expressed pessimism for now on a compromise by the end of the year, after which a new batch of 170 legislators will get sworn in.

An agreement can't come soon enough for participants at a Tuesday morning vigil outside the Legislative Building. They identified by name North Carolina residents whom they say died from severe illness while lacking Medicaid or insurance coverage.

“I am angered, saddened and frustrated that we have to be out here again today doing another vigil and begging the lawmakers to do the right thing and expand Medicaid,” said Rebecca Cerese with the North Carolina Justice Center. “Health care can’t wait. When it does wait — as you heard — people die.”