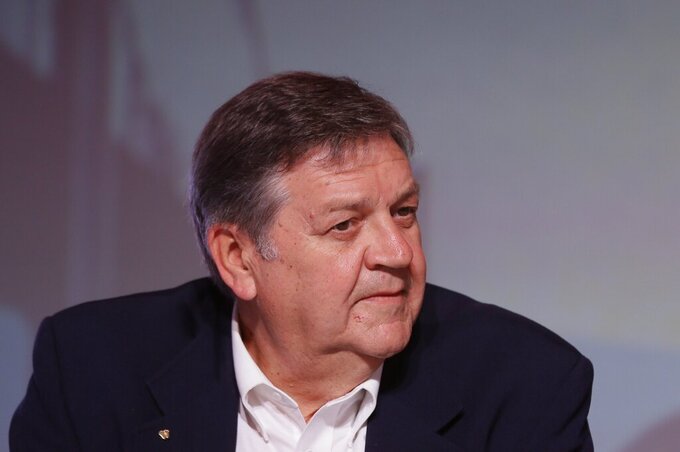 DETROIT (AP) — Dan Benishek, a surgeon who served three terms in Congress representing northern Michigan, including the Upper Peninsula, has died at age 69.

He died Friday, according to a family statement, which did not offer further details about his death.

“We are heartbroken by the sudden loss of a loyal friend, a loving husband, a dedicated grandfather, and a tireless advocate for Northern Michigan,” his family said. “As a doctor and surgeon, Dan saved countless lives in our community. His work in Congress made a difference for veterans across the country and protected Michigan’s natural wonders for years to come.”

The Crystal Falls Republican, in Congress from 2011 to 2017, served on the Agriculture, Natural Resources and Veterans Affairs committees.

Benishek was born in Iron River in 1952 and worked at his family's business, the Iron River Hotel, until he was 18. He attended the University of Michigan and Wayne State University Medical School, according to his family.

He worked as a surgeon for two decades at the Iron Mountain VA Medical Center.

“Dan was a man who cared about his community, state, and country. He was a cheerful advocate who fought with passion for common sense UP values,” U.S. Rep. Bill Huizenga, a Holland Republican, wrote on Twitter. “I am proud to call him a friend and he will be deeply missed.”

Gov. Gretchen Whitmer, a Democrat, praised Benishek's advocacy for veterans and his work to protect Sleeping Bear Dunes. In a statement, she said U.S. and Michigan flags would be lowered in his honor once funeral arrangements are announced.

Benishek is survived by his wife, Judy, five children and five grandchildren.