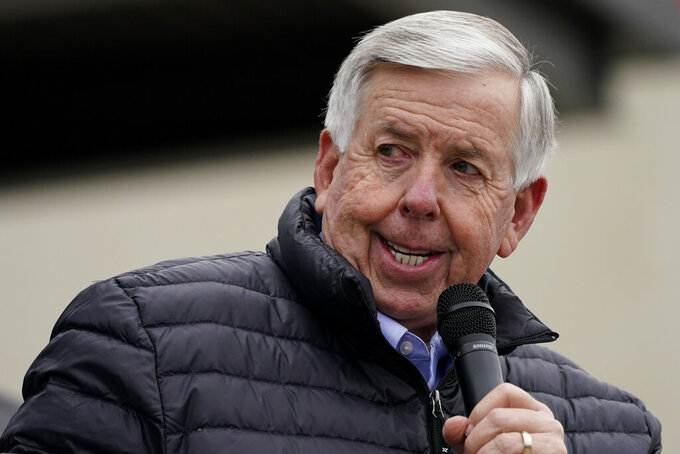 The Republican-led Missouri House voted 98-32 in favor of the bill, which would cut income taxes from 5.3% to 4.95% beginning next year and phase in additional cuts until the rate hits 4.5%. The bill applies to the top income tax rate, which covers those who make more than about $8,700 a year in taxable income.

The additional cuts would be triggered by revenue growth benchmarks tied to inflation.

The roughly $1 billion measure also eliminates the lowest tax bracket, meaning earners who bring in less than about $1,000 a year no longer will have to pay state income taxes.

The measure now heads to Parson, who is expected to sign it. The Republican governor called lawmakers back to work to spend some of the state’s record revenue surplus on tax cuts.

“We are thrilled that the General Assembly has answered our call to cut Missourians’ taxes and return some of their hard-earned dollars,” he said in a statement.

If Parson signs the bill into law, taxpayers who make between $22,000 and $66,000 a year would on average see savings of between $10 and $50 next year because of the income tax cut, according to an analysis by the Missouri Budget Project. The organization analyzes state budget policy and its impact on low-income families.

Once the income tax rate hits 4.5%, savings for those workers would amount to roughly $29 to $131 a year on average, according to the same analysis.

And taxpayers who make about $1.6 million per year would save roughly $4,200 next year and $9,500 per year once the bill is fully implemented.

Democrats and some Republicans criticized the measure as favoring wealthier Missourians while doing little for low-income families and retired workers on fixed incomes.

Republican Rep. Bill Kidd described the income tax cuts as taking a “small bite” out of Missourians' tax burden. The lawmaker, who is barred by term limits from seeking reelection, said families have a harder time paying personal property taxes and called on lawmakers to address that issue and the state's tax brackets next session.

“Please do something that'll impact real people, the people who cannot afford to pay their taxes,” Kidd said. “If you're in the $100,000 to $200,000 range, then you're going to like this tax cut. But if you're a poor person or a fixed-income (resident), this doesn't do it. That's the truth.”

Parson's plan was to cut the top individual income tax rate to 4.8%, as well as increase the standard deduction by $2,000 for single filers and $4,000 for couples.

More than two dozen other states have passed or are considering tax cuts or rebates in response to an outpouring of federal pandemic aid and their own surging tax revenue.

The bill Missouri lawmakers passed represents a compromise between Republican senators who wanted even deeper tax cuts and those worried about cutting so much that government services might need to be slashed if future revenue collections are not as strong. It does not include an increase to the standard deduction.

The House also on Thursday stripped a last-minute proposal to phase out corporate income taxes.

Pulling back the corporate tax cut amendments in effect blocked House lawmakers from trying to amend the bill Thursday. By passing the same bill as the Senate, the House avoided having to negotiate potential differences between the chambers.

This story has been corrected to show possibility that lawmakers return to work to finish agriculture tax credits.