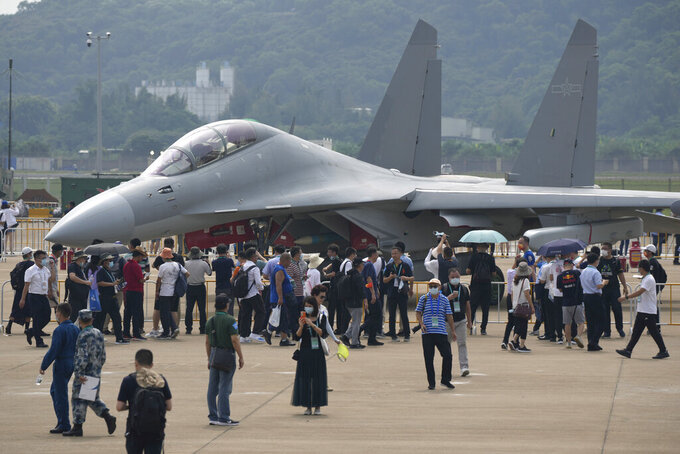 TAIPEI, Taiwan (AP) — China's military flew 36 fighter jets and bombers near Taiwan, the Taiwanese defense ministry announced, part of a long-running campaign of intimidation against the self-ruled island democracy that Beijing claims as part of its territory.

Ten of the aircraft on Saturday flew across the median line in the Taiwan Strait that separates the island from the mainland, the ministry said. It said they included six Shenyang J-11 and four J-16 aircraft.

Taiwan and China split in 1949 following a civil war that ended with the Communist Party in control of the mainland. The island never has been part of the People's Republic of China, but Beijing says it is obliged to unite with the mainland, by force if necessary.

Chinese President Xi Jinping's government stepped up efforts this year to intimidate Taiwan. It has sent fighter planes and bombers to fly near the island and fired missiles into the sea.