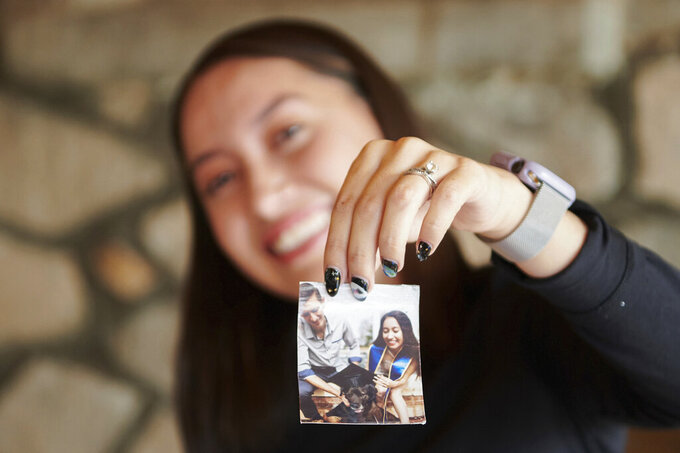 Blue Origin, ASSOCIATED PRESS
This undated image provided by Blue Origin shows Katya Echazarreta, who will become the first Mexican-born woman and one of the youngest women in space when she and five others blast off from West Texas atop a New Shepard rocket on Saturday, June 4, 2022. The flight comes amid efforts to increase diversity in space travel, which long has been dominated by white men. (Blue Origin via AP) 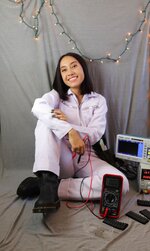 ATLANTA (AP) — Growing up in Guadalajara, Mexico, Katya Echazarreta was encouraged to abandon her dreams of traveling to space.

“Everyone around me — family, friends, teachers — I just kept hearing the same thing: That’s not for you,” Echazarreta told The Associated Press.

She and five others, including Victor Correa Hespanha, the second Brazilian to fly to space, will blast off from Texas atop a New Shepard rocket for a 10-minute flight. The automated flight should reach an altitude of roughly 66 miles (106 kilometers) before parachuting into the desert.

Echazarreta, whose flight is sponsored by the nonprofit Space for Humanity, will be the first Mexican-born woman and one of the youngest women to fly to space. She was chosen from more than 7,000 applicants in more than 100 countries.

The flight comes as Blue Origin competes with Elon Musk’s SpaceX and Richard Branson’s Virgin Galactic for space tourism dollars and efforts aimed to increase diversity in space travel, which long has been dominated by white men.

Of the more than 600 people who have been to space since Yuri Gagarin’s pioneering flight in 1961, fewer than 80 have been women and fewer than three dozen have been Black, Indigenous or Latino.

Tabbetha Dobbins, vice president for research and dean of the graduate school at Rowan University, is a member of the American Institute of Physics task force aimed at increasing the representation of Black undergraduate students in physics and astronomy. She told The Associated Press that access to space — no matter how brief the trip — matters.

“They’re going beyond the boundaries that most human beings have gone and that’s a major step,” Dobbins said. “It’s so important that everyone sees themselves represented. It’s hugely impactful.”

But Jordan Bimm, a space historian at the University of Chicago, said it remains to be seen whether the commercial “space for all” ethos becomes reality.

Echazarreta, who is pursuing a master’s degree in electrical engineering after a stint at NASA, said people from other cultures or other parts of the world “feel like this isn’t for them, like just because of where they’re from or where they were born, that this is automatically not something that they can dream or have as a goal.”

“I hear that all the time, particularly from Latin America,” said Echazarreta, who is excited for her family to see the launch, considering it their achievement as much as hers.

With this flight, Mexican parents can no longer tell their young daughters they can’t travel to space.

Instead, she said, they’ll have to respond: “You can do it, too.”