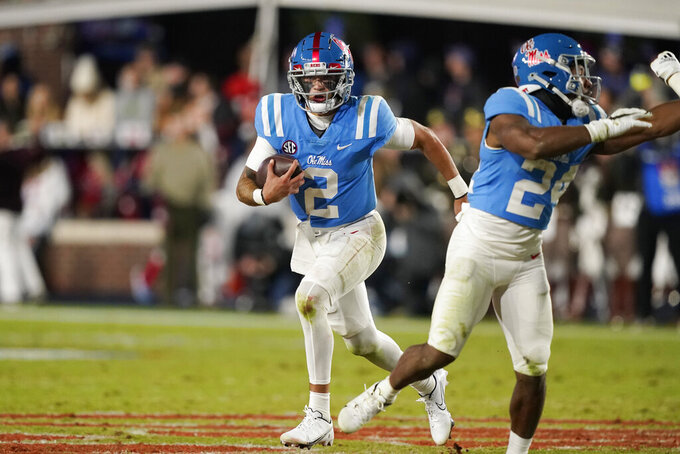 The 10th-ranked Rebels' Heisman Trophy contender posted on social media Friday night that Saturday's game against Vanderbilt will be his finale at Vaught-Hemingway Stadium. Corral, a junior, is projected as a potential early first-round NFL draft pick.

Corral penned a message ahead of what he called “my final game at The Vaught.” He thanked coach Lane Kiffin and offensive coordinator Jeff Lebby and others.

“Coach Kiffin and Coach Lebby showed me how to be a true leader on and off the field,” Corral wrote. "They prepared me to be an elite player at the position, and nothing less was acceptable.

“They held me to high standards, and the relationship I have with them made me not want to let them down in any way.”

Kiffin said multiple times this week that he expected it to be Corral's final home game.

Corral has passed for 2,774 yards and 17 touchdowns against two interceptions. He has also rushed for 523 yards and 10 touchdowns.