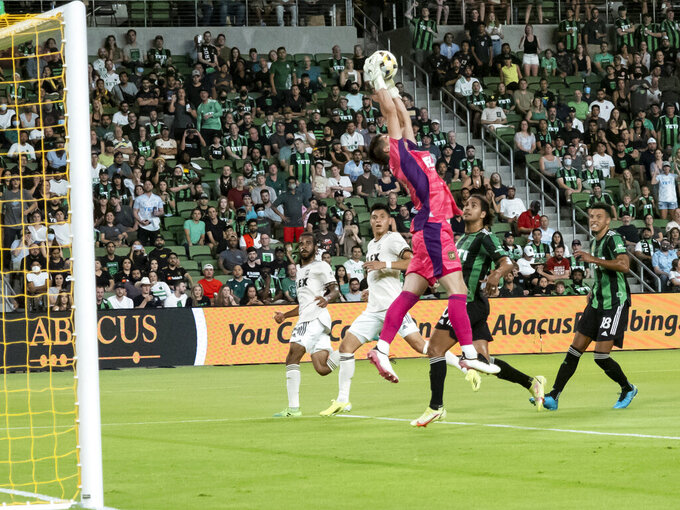 Michael Thomas, ASSOCIATED PRESS
Los Angeles FC goalkeeper Tomas Romero goes up for a save during the first half of an MLS soccer match against Austin FC, Wednesday, Sept. 15, 2021, in Austin, Texas. (AP Photo/Michael Thomas)

Musovski, who subbed on in the 76th minute, slipped behind the defense, ran onto a through ball by José Cifuentes and beat goalkeeper Brad Stuver to give LAFC (9-9-6) a 2-1 lead in the 81st.

Arango converted from the spot — his fifth goal in the last four games — to open the scoring in the 59th minute. Diego Fagundez, whose hand ball in the area set up Arango's goal, put away the rebound of Cecilio Dominguez's shot off the post by to tie it in the 67th.

Austin (5-15-4) has lost four straight matches. The club has followed each of its last four victories with at least three consecutive losses.