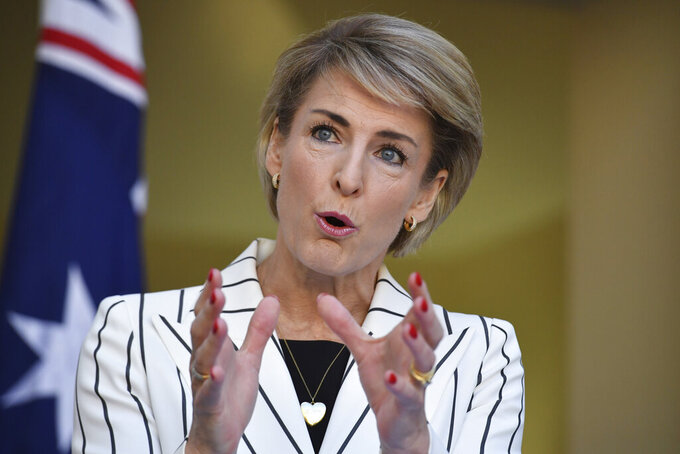 John Shi Sheng Zhang also lost his High Court challenge in a unanimous decision of seven judges to the validity of search warrants executed by police at his Sydney home and offices last year as part of an investigation into illegal foreign interference on behalf of China.

Zhang was an adviser to New South Wales state lawmaker Shaoquett Moselmane, whose membership in the opposition Labor Party was suspended after he was also the target of police raids.

The raids in June 2020 were the first police investigation to grab public attention since the foreign interference laws came into force in 2018 and the government bolstered funding to security agencies in late 2019 to enforce them.

Zhang, a 63-year-old Australian citizen who immigrated from China in 1989, had asked the High Court to rule the foreign interference laws were invalid because they infringed on his freedom of political communication implied in the Australian Constitution.

He had also asked the court to quash the search warrants and to order that evidence seized or copied by police be returned or destroyed.

His case argued the foreign interference law was invalid and that the warrant did not precisely identify the substance of the offenses.

Police seized phones, computers and other electronic devices from Zhang. The warrants allege that Zhang engaged with Moselmane “through a private social media chat group and other fora ... to advance the interests and policy goals of a foreign principal,” the Chinese government.

Part of the conduct was “covert” because it involved communications over an encrypted private social media chat group, the warrants said.

Lawyers for Attorney General Michaelia Cash had argued in court that “covert” could be read as “involving some element of nefarious concealment or secrecy.”

The law made it illegal to engage in conduct on behalf of “a foreign principal” in circumstances where the accused person is ”reckless” as to whether the conduct will influence political or governmental process or democracy in Australia and if any part of the conduct is covert.

The offense carries a potential maximum penalty of 15 years in prison.

The court upheld the charge and rejected Zhang’s argument that the warrants were invalid because the foreign principal’s identity was unclear.

Cash said her government had never been more determined to keep Australians free and safe from foreign interference.

“The government takes the threat of foreign interference very seriously and welcomes the High Court’s judgment,” she said.

“We will continue to take strong action to deter acts of foreign interference as the threat evolves, defend against them when they occur, and uphold our laws,” she added.

Zhang’s lawyers did not immediately respond to a request for comment.