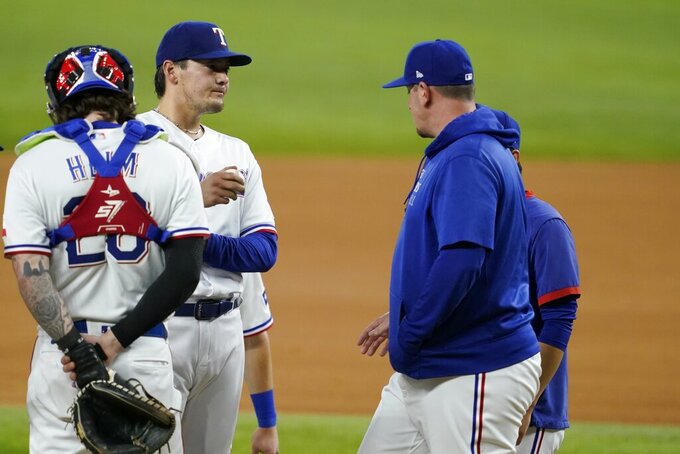 ARLINGTON, Texas (AP) — Right-hander Kohei Arihara was designated for assignment Sunday by the Texas Rangers, who signed the Japanese pitcher to a two-year contract last winter.

The move with Arihara before the series finale against the Chicago White Sox cleared a spot on the 40-man roster for the Rangers to reinstate right-hander Mike Foltynewicz from the COVID-related injury list.

Texas could assign Arihara outright to the minors if he clears waivers. He could then be invited to spring training as a non-roster player with the chance to compete for a spot in the starting rotation.

The 29-year-old Arihara pitched six years with the Hokkaido Nippon Ham Fighters of Japan’s Pacific League before signing a $6.2 million contract with the Rangers last December. He got $3.6 million this season and is due $2.6 million in 2022.

The Rangers also had to pay a $1.2 million posting fee for Arihara.