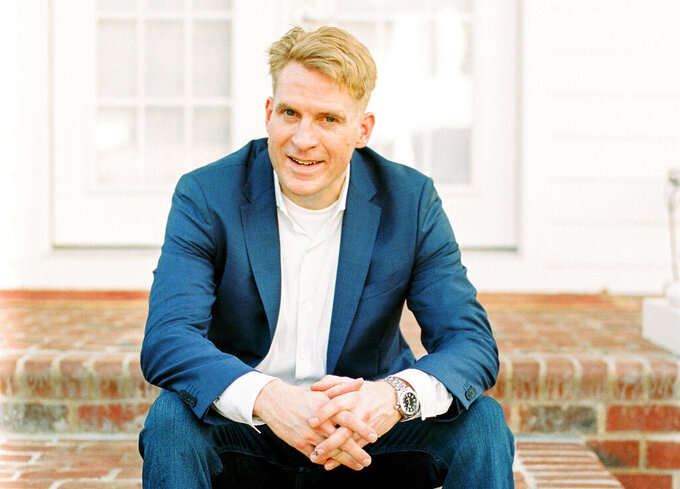 RALEIGH, N.C. (AP) — A federal appeals court on Wednesday threw out the 2020 conspiracy and bribery convictions of a major political donor in North Carolina and his associate, declaring that the trial judge erred in his jury instructions.

A three-judge panel of the 4th U.S. Circuit Court of Appeals in Richmond, Virginia, vacated the convictions and ordered new trials for Greg E. Lindberg and John D. Gray, a Lindberg consultant. The two were among four people accused of trying to give $1.5 million to Insurance Commissioner Mike Causey's election campaign in exchange for the removal of an insurance official who would be in charge of regulating Lindberg's company.

A jury convicted Lindberg and Gray of bribery and conspiracy to commit “honest services wire fraud” — when a person through a bribe seeks to deprive citizens of their right to honest services by a government official. They both received prison sentences. But the appeals court ruled that the trial judge gave jurors misleading instructions before they began deliberations.

U.S. District Judge Max Cogburn made a mistake when he said that removing a senior department official was an “official act," a key element in reaching a conviction on honest services fraud. Cogburn also erred when he prevented the defense from presenting evidence to show the deputy's reassignment was not official, the appeals court said.

“We find that the district court impermissibly took an element of the crime out of the hands of the jury and violated the defendant’s Fifth and Sixth Amendment rights," Chief Judge Roger Gregory wrote in the prevailing opinion. “We cannot conclude beyond a reasonable doubt that the jury verdict would have been the same absent the error.”

The bribery conviction also should be tossed, Gregory wrote, because Cogburn's erroneous instruction “effortlessly bled into the jury's consideration" of the bribery count. Senior Judges William Traxler and Henry Floyd agreed with the opinion.

Lindberg, 51, was sentenced to more than seven years in prison. He's been serving his time at an Alabama prison, with an estimated December 2026 release, according to the U.S. Bureau of Prisons. It wasn't clear if a release was imminent,

“I am grateful to the Court of Appeals for recognizing this injustice,” Lindberg said in a news release that also discussed his 20 months in prison. “I look forward to returning to my life with my family, friends and community.”

Lindberg, whose Global Growth Holdings company contains many companies under his control, has given more than $5 million since 2016 to North Carolina candidate and party committees and independent expenditure groups. It was a Lindberg insurance company called Global Bankers that prosecutors said would have benefited by Lindberg’s actions in seeking a new regulator in Causey’s office.

Causey wasn’t accused of wrongdoing. He alerted authorities and recorded conversations that served as the basis of the 2019 indictments against Lindberg and Gray. Another person charged was former U.S. Rep. Robin Hayes, who at the time of the alleged crimes was chairman of the state Republican Party. Hayes accepted a plea deal and was sentenced by Cogburn to probation.

Lindberg has faced other recent legal troubles. A state judge last month ruled that Lindberg was failing to follow through on a 2019 agreement that orders him to give up control of insurers and other companies within his business empire.