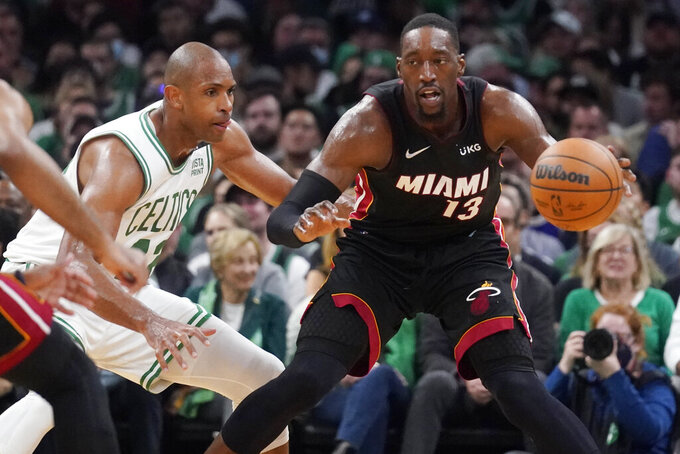 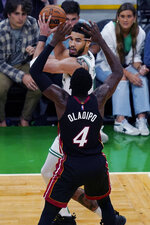 The Miami Heat want to see that pattern continue. The Boston Celtics hope to break that trend. And the team that prevails Wednesday night will be one game away from the NBA Finals.

The Eastern Conference finals has been nothing more than a series of mood swings, with matters set to resume with Game 5 on Wednesday in Miami. The top-seeded Heat and second-seeded Celtics are knotted up at two games apiece; the Heat rallied in the second half to take Game 1, Boston used a huge first-half run to respond and win Game 2, Miami answered back in Game 3 and the Celtics romped in Game 4.

“It’s not surprising,” Boston coach Ime Udoka said Tuesday. “Two teams that are always going to fight, not really beat themselves, give themselves a chance. I’ve known Miami and (Heat coach Erik Spoelstra) for a while now and that’s the epitome of who they are — toughness. Both teams have matched that energy coming off of losses, and now it’s our turn to react better to a win.”

The Celtics — even without defensive player of the year Marcus Smart, sidelined again, this time with a sprained ankle — left no doubt in Game 4, running out to an 18-1 lead to open the game and never coming close to giving up control.

Miami’s starters combined for 18 points in Game 4 — yes, combined, the lowest such total for a starting five in a playoff game in at least 40 years. The Heat were without Tyler Herro because of a groin issue, Jimmy Butler didn’t look right (though insisted he was) after missing half of Game 3 with knee soreness, and Kyle Lowry, Max Strus and P.J. Tucker combined to shoot 1 for 17.

It was ugly. But Spoelstra, somehow, still sees beauty in how the series has gone.

There hasn’t been a lead change since the first quarter of Game 2; Boston grabbed control of that game and never let go, Miami took a huge early lead in Game 3 and held on late but never ceded the lead entirely and the Celtics took a stranglehold on Game 4 from the opening seconds.

“What you’re looking at is a great series,” Spoelstra said. “It’s 2-2. You have to embrace that and come together, and hopefully this competition brings out the absolute best in all of us.”

Game 5s, in a tie series, are always swing games. When a series is knotted at 2-2, the Game 5 winner in a best-of-seven series ultimately prevails 82% of the time.

Boston took 40 more free throws than Miami in Games 3 and 4 combined; the differential was 24 in Game 4 alone. The issue is aggression (or lack thereof), Butler said. “I think we have to be more of a forceful-type team, getting into the paint, not shying away from contact and playing from the inside out,” Butler said. “Whenever we do that and not shoot as many jumpers, we might get fouled a little bit.”

The Celtics have lost three quarters and two games in this series. Of the 16 quarters so far in this matchup, the Celtics have won nine and tied four others. The two quarters that hurt Boston the most are obvious: the third quarter of Game 1 (Miami winning 39-14 to turn that game around) and the first quarter of Game 3 (Miami winning 39-18 to set the tone for that win). The other quarter that the Heat won was meaningless, with Miami outscoring Boston 30-26 in the fourth of the Game 4 blowout.

The Heat are 9-6 all-time in best-of-seven series that are tied after four games, including 1-0 this season after beating Philadelphia in the East semifinals. The Celtics are 34-13 in best-of-sevens that are 2-2 going into Game 5, also 1-0 this season — after losing Game 5 to Milwaukee in the East semifinals but winning the final two games of that series.

Boston is favored by 1.5 points in Game 5 as of Tuesday, according to FanDuel Sportsbook. That could change, of course, based on injury news and other variables. Miami is 4-1 outright as a home underdog this season and has been favored in 35 of its last 36 home games entering Wednesday.

The Heat are waiting to see if Herro can play in Game 5, and have been dealing with Butler (knee), Lowry (hamstring), Tucker (ankle), Strus (hamstring) and Gabe Vincent (hamstring) being at least mildly limited in recent games. Smart is still trying to get the soreness out of his sprained ankle, and Celtics center Robert Williams III — who has been slowed in this series by ongoing recovery from knee surgery — said he emerged from Game 4 without significant issues.