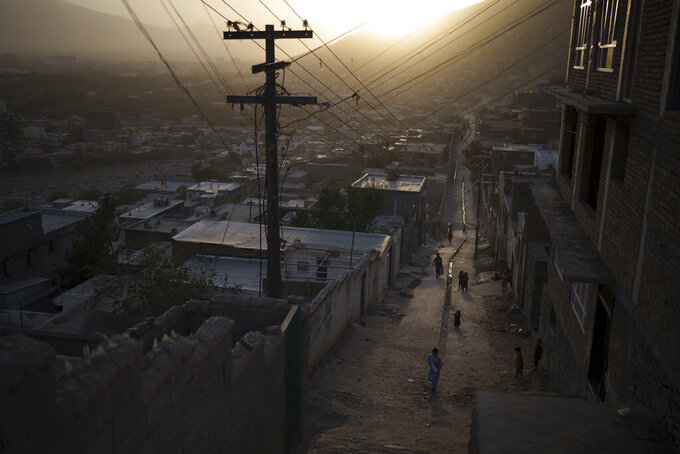 UNITED NATIONS — The U.N. Security Council has unanimously approved a resolution stressing that Afghanistan’s new Taliban rulers need to establish an inclusive government with “the full, equal and meaningful participation of women and upholding human rights.”

The resolution adopted by the U.N.’s most powerful body on Friday extends the current mandate of the U.N. political mission in Afghanistan for six months. It also stresses “the important role that the United Nations will continue to play in promoting peace and stability in Afghanistan.”

The resolution, drafted by Norway and Estonia, essentially delays a decision by the Security Council on a new mandate for the U.N. mission, known as UNAMA, until March 17, 2022, giving members time to assess the actions of the Taliban government in the coming months.

In a joint statement to the council, Norway and Estonia said the resolution “sends a unified message that we stand behind the U.N.’s efforts in Afghanistan going forward.”

The resolution ensures that the U.N. mission can continue to monitor and report on human rights, protecting civilians, violations and abuses against children, “and to support the full, equal and meaningful participation of women in all levels of decision-making.”

ISLAMABAD — The U.N. refugee agency says Afghans displaced by war and the Taliban takeover of the country are in urgent need of medicine, shelter and other essentials ahead of winter.

Filippo Grandi, the United Nations High Commissioner for Refugees, urged the international community not only to give money but also to accept Afghan refugees. He spoke at a press conference in Islamabad on Friday

“Giving money is one thing, but also taking some of the refugees is important," Grandi said and appealed on all countries “that have the possibility to do that — continue to resettle refugees.”

He stressed that said shelter, food, medicines and other necessities should be arranged for displaced Afghans because winter is coming. He thanked Pakistan for hosting Afghan refugees over the past four decades of conflict and for facilitating recent humanitarian operations in Afghanistan.

The U.N. refugee agency says over 3.5 million Afghans have been displaced from their homes by the conflict and remain inside the country.

ISTANBUL — The Taliban’s education ministry says all male students grades six to 12 and male teachers should resume classes across Afghanistan, starting on Saturday.

The statement published on Facebook on Friday did not include girls of that age, and the lack of guidance highlighted ongoing concerns that the Taliban might impose restrictions on girls and women.

Since taking over power last month, the Taliban had allowed girls in grades one to six to resume classes. When they ruled Afghanistan previously in the 1990s, the Taliban had forbidden girls and women from attending school and work.

In some of the provinces, women still are not allowed to continue their work, with exceptions for women who have worked in health departments, hospitals and education.

NEW DELHI — India’s prime minister says it's essential that the global community collectively decides on whether to recognize the new Taliban government in Afghanistan.

India supports the central role of the United Nations on this issue, Prime Minister Narendra Modi said in a video statement on Friday at the Shanghai Cooperation Organization’s meeting in Dushanbe, Tajikistan. The economic and security group is made up of China, Russia, Kazakhstan, Kyrgyzstan, Tajikistan, Uzbekistan, India and Pakistan.

Modi also said the recent developments in Afghanistan, where the Taliban swept into power in a blitz that stunned the world last month, will have the greatest impact on neighboring countries such as India.

Instability and fundamentalism in Afghanistan will lead to terrorist and extremist ideologies all over the world, he said. “Other extremist groups may also be encouraged to seek power through violence. We all countries have been victims of terrorism in the past.”

“Together we must ensure that the soil of Afghanistan is not used to spread terrorism in any country,” Modi added.

India's leader said he sees many other risks from the instability, such as an uncontrolled flow of drugs, illegal weapons and human trafficking. A large amount of advanced weapons remain in Afghanistan, he warned and urged the Shanghai Cooperation Organization to play a positive role in monitoring these flows and enhancing information sharing.

BERLIN — Germany’s president has bestowed one of the country’s highest awards to the commander who led the evacuation of Germans and some Afghans from Kabul last month.

The German military evacuated more than 5,300 citizens of 45 countries from the Afghan capital, as part of a wider international effort to airlift 120,000 people after the Taliban takeover last month.

Steinmeier noted that Arlt had managed to bring home all of his 500 troops unharmed, despite the risks they faced on the ground. He added that “we bear some of the responsibility for human tragedy” in Afghanistan.

The Foreign Ministry's statement on Friday said the two leaders met on the sidelines of the Shanghai Cooperation Organization's meeting in Tajikistan’s city of Dushanbe. The discussion centered on Afghanistan and other bilateral issues, with Pakistani Prime Minister Imran Khan underscoring his country's vital interest in a peaceful, stable and prosperous Afghanistan.

Khan is visiting Tajikistan to participate in the meeting of members of the China and Russia-dominated organization. Afghanistan's future has dominated the summit.

The Taliban seized control of Afghanistan last month. So far Pakistan, like other countries, has not recognized the new government next door. Pakistan says any such decision will be announced after consultation with the world community.

According to the statement, Khan said it was essential to take urgent steps to stabilize Afghanistan's security, humanitarian and economic situation.