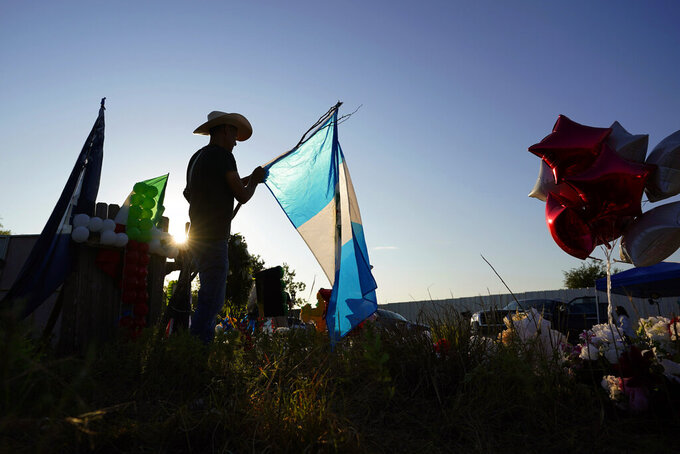 SAN ANTONIO (AP) — More than half of the 53 migrants found dead or dying in a tractor-trailer in Texas last week have been identified, the youngest among them 13 years old, officials said Tuesday.

The medical examiner's office is still awaiting confirmation on the identifications of 18 victims more than a week after the nation's deadliest smuggling attempt, according to officials in Bexar County, where the trailer was found abandoned on a backroad on the edge of San Antonio.

The ages of the victims identified so far were between the ages of 13 and 55. One survivor of the journey, a 20-year-old from Guatemala, told The Associated Press that smugglers had covered the trailer’s floor with what she believes was powdered chicken bouillon, apparently to throw off any dogs at checkpoint.

The truck was carrying 73 people in all when it was found June 27. Federal prosecutors say four people have been arrested in connection with the discovery of the truck, including the driver.