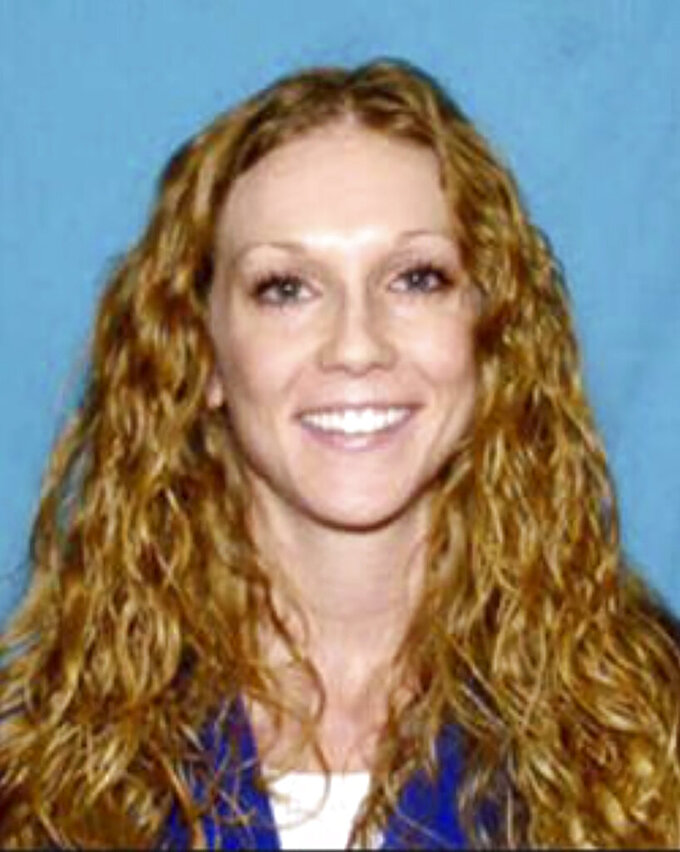 Uncredited, ASSOCIATED PRESS
This undated photo provided by the U.S. Marshals Service shows Kaitlin Marie Armstrong. Police were searching Monday, May 23, 2022, for Armstrong, who is suspected in the fatal shooting of a professional cyclist at an Austin, Texas, home. The body of 25-year-old Anna Moriah "Mo" Wilson, of San Francisco, was found May 11. (U.S. Marshals Service via AP)

AUSTIN, Texas (AP) — Police were searching Monday for a woman suspected in the fatal shooting of a professional cyclist at an Austin home.

The body of Anna Moriah “Mo” Wilson, 25, was found May 11, and Austin police issued a murder warrant for Kaitlin Marie Armstrong, 34, last week.

The warrant affidavit says there was a possible romantic triangle involving Armstrong, Wilson and Colin Strickland, another professional cyclist who had been Armstrong’s longtime boyfriend.

Strickland has cooperated with investigators and is not a suspect.

Wilson, whose family says she recently decided to move from San Francisco back to her Vermont roots, was in Austin for a race in Hico, which is about 120 miles (190 kilometers) north.