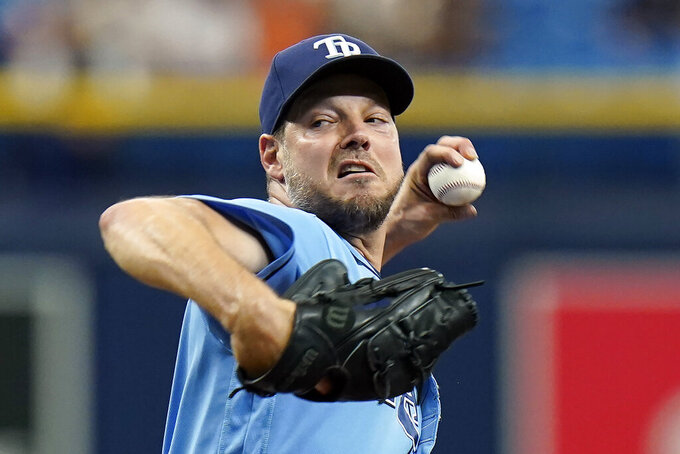 MLB said pitchers will be ejected and suspended for 10 games starting Monday for using illegal foreign substances to doctor baseballs.

Hill said it’s a little disheartening that the action was taken without the OK of the players or the union.

"I feel like they should have come together and settled this, and handled it like professionals,” Hill added. “I feel like a rule change in the middle of the season is very difficult for everybody across the league.”

MLB told teams on March 23 it would increase monitoring and initiated steps that included collecting balls taken out of play from every team and analyzing Statcast spin-rate data.

The midseason changes come during the final season of the current collective bargaining agreement between the owners and players, which Hill didn't rule out as a factor.

"We all know that’s coming, and part of this wants me to think that it’s a distraction to put hitters and pitchers against each other, which again isn’t going to do anything to help grow the game," Hill said. “We all want what’s best for the game. We want to grow the game.”

The commissioner’s office, responding to record strikeouts and a league batting average at a more than half-century low, said Tuesday that major and minor league umpires will start regular checks of all pitchers, even if opposing managers don’t request inspections.

While suspensions would be with pay, repeat offenders would receive progressive discipline, and teams and club employees would be subject to discipline for failure to comply.