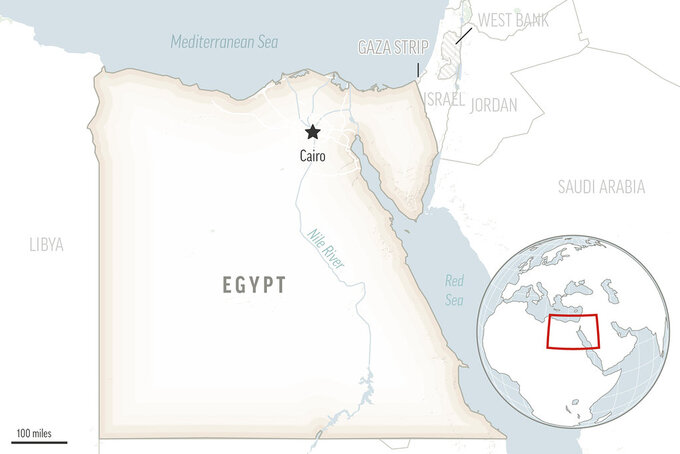 Uncredited, ASSOCIATED PRESS
This is a locator map for Egypt with its capital, Cairo. (AP Photo)

In a statement, the ministry said the accident happened in Dakahlia province, around 100 kilometers (62 miles) northeast of the capital of Cairo. Other injured passengers were transported to a local hospital.

The head of police investigations in the province, Brig. Mohamed Abdel Hadi, said the driver may have lost control of the vehicle's steering wheel.

Deadly traffic accidents claim thousands of lives every year in Egypt, which has a poor transportation safety record. Crashes and collisions are mostly caused by speeding, bad roads or poor enforcement of traffic laws.

In July, a passenger bus slammed into a parked trailer truck on a highway in the southern province of Minya, killing 23 people and injuring 30. In October, a truck slammed into a minibus in Dakahlia, killing at least 10 people, authorities said.