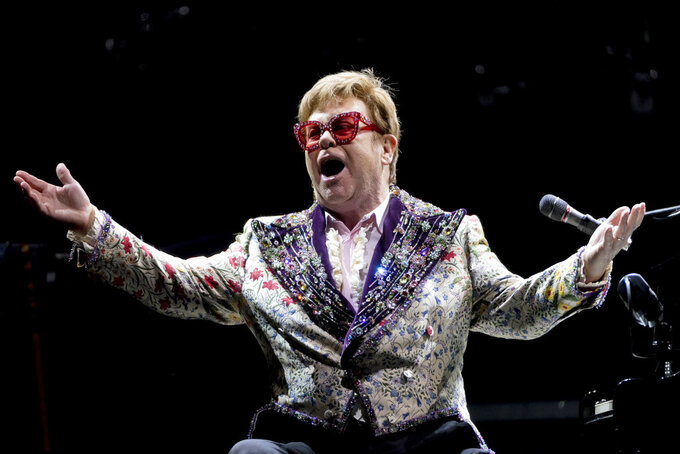 Sir Elton John is preparing to say goodbye in fabulous splendor, with the help of a documentary crew and the Walt Disney Co.

Disney Original Documentary and Disney+ said Wednesday that the film, entitled “Goodbye Yellow Brick Road: The Final Elton John Performances and the Years that Made His Legend,” will serve as the definitive and official feature on John’s life and career. Including unseen archival footage, new interviews and a present day look at him and his family, it’ll culminate with his final North American show at Dodger Stadium in Los Angeles this November.

“What a thrill and an honor it is that David Furnish and I get to create this intimate and unique look at one of the world’s most celebrated artists,” Cutler said in a statement. “As it has for so many others, Elton John’s music has had deep meaning for me for decades, and this opportunity is nothing short of a career highlight and privilege.”

No release date was revealed for “Goodbye Yellow Brick Road” but the companies teased a festival run and a theatrical release before it streams on Disney+.

“There are no superlatives left to describe Elton John and his impact on music and culture — he’s simply unrivaled,” said Bob Chapek, CEO of The Walt Disney Company. “Like a good Disney story, Elton’s music has both universal appeal and the ability to connect with audiences on a deeply personal level. He has been part of the Disney family since 1994 when he helped make ‘The Lion King’ an instant classic, and we could not be more excited to collaborate with him on this new documentary.”