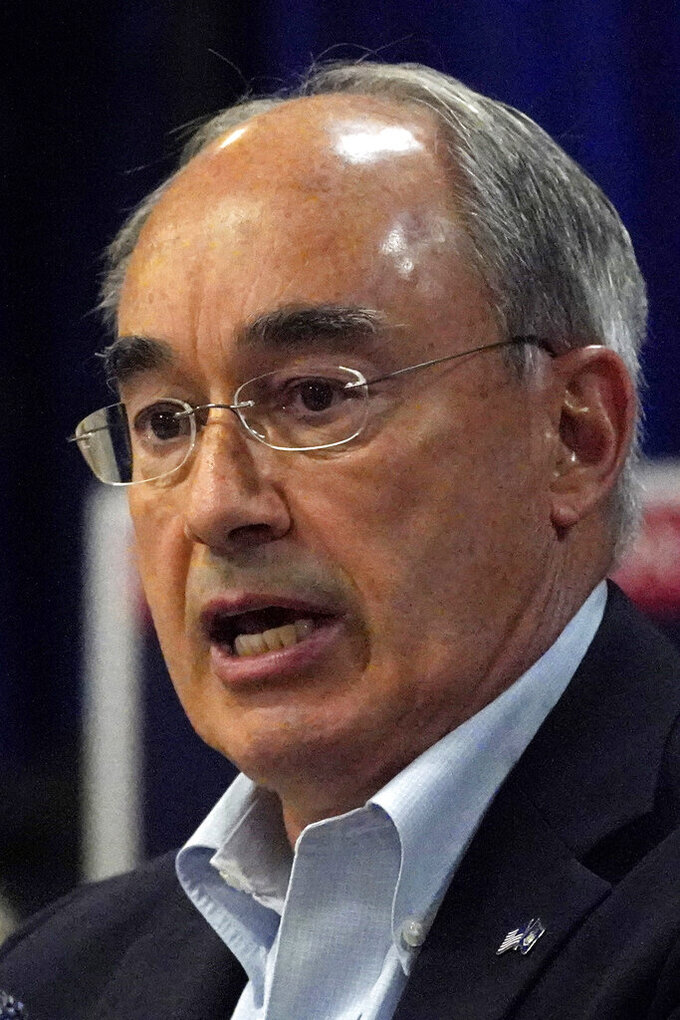 Robert F. Bukaty, ASSOCIATED PRESS
FILE - Bruce Poliquin, Republican candidate for Maine's 2nd Congressional District, speaks at a forum, in this Friday, Oct. 21, 2022, file photo in Lewiston, Maine. Neither Poliquin nor Incumbent Democratic Rep. Jared Golden appear to have received 50% of the votes in the three-person contest, so the race appears to be headed for a ranked-choice runoff for the second time in four years.(AP Photo/Robert F. Bukaty, files) 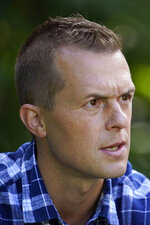 PORTLAND, Maine (AP) — U.S. Rep. Jared Golden will need to survive a ranked choice runoff to hold onto his seat, Maine’s secretary of state said Wednesday, setting up a replay of the 2018 race in which the moderate Democrat upset Republican Bruce Poliquin in a region with many conservative voters.

Golden, who touts guns rights and protection of rural jobs, leads Poliquin, who held the seat from 2014 to 2018. Golden used the ranked round to unseat Poliquin in 2018.

The national Republican Party focused heavily on flipping the district, where former President Donald Trump maintains strong support. Golden had to contend with both Poliquin and independent candidate Tiffany Bond in a race that both included ranked-choice voting and was a rematch of three candidates from 2018.

Golden did not clear 50% of the vote Tuesday, so the ranked round will take place, said Shenna Bellows, the secretary of state.

That means the second choices of those who voted for third-place finisher Bond will be redistributed. Results are expected by the end of the day next Tuesday.

The Associated Press has not yet called the race.

Golden trailed in the race before he defeated Poliquin via the ranked round in 2018. Poliquin adamantly opposed the ranked count, which he said was unconstitutional, and filed a lawsuit that he later withdrew.

The majority of second-choice votes from Bond voters went to Golden in 2018, which puts him in a position to retain his seat during this year's ranked round. During this year’s campaign, Golden made a pitch to independent-minded Maine voters during the campaign. He voiced confidence going into the ranked round on Wednesday.

"In the event there is an instant runoff scenario, I expect it to strengthen my margin of victory. The people of Maine’s 2nd District have turned out in strong numbers, and their collective voice should be heard," Golden said.

Poliquin attempted to portray Golden as too liberal for the district and focused his campaign on issues including immigration reform and curtailing government spending. He also noted his own cooperation with Trump when he served in Congress, and the need to curb inflation.

“It's up to the people of Maine. We've done the work, we've made our case,” Poliquin said. “They're in the process of counting the votes.”

The congressional district is one of two in Maine, and it includes the state’s second- and third-largest cities, Lewiston and Bangor. It is mostly made up of rural areas in northern and western Maine and the state’s Down East coastline, and it is home to Maine’s traditional industries such as lobster fishing, logging, and potato and blueberry farming. The district is politically mixed and geographically vast.

The district handed an electoral vote to Trump in 2016 and 2020. Trump performed even better there in 2020 than in his first election, but Golden held on to the seat that year. The electoral vote was the only one Trump won in New England in either election.

Golden is a Marine Corps veteran who has occasionally bucked Democratic leadership on major issues, including President Joe Biden’s student loan forgiveness plan, which he has opposed. Poliquin is a former investment manager and served two years as Maine’s state treasurer.