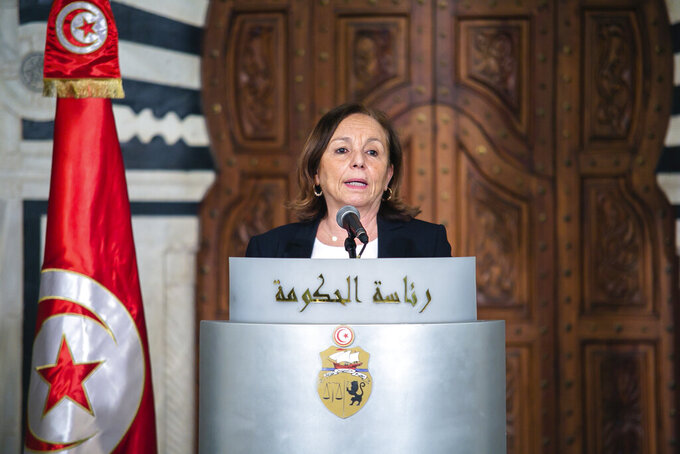 The 82 men, 10 women and eight infants had pushed off from Libya and were rescued some 40 kilometers (25 miles) off the coast of the Tunisian town of Zarzis, Tunisia's Defense Ministry said. Passengers told authorities the group was trying to get to Europe.

It was the latest incident this month involving people who were rescued, drowned or disappeared off Tunisia's coast. Italian Interior Minister Luciana Lamorgese visited the North African country last week to discuss migration.

Of the 13,358 migrants who arrived in Italy this year, nearly 9,000 had come from Libya and over 3,000 from neighboring Tunisia, Lamorgese said.

The Tunisian Forum for Social and Economic Rights, a non-governmental organization, said at least 153 people have been found dead in Tunisia’s waters and on its beaches and dozens of others disappeared since the start of the year. It has criticized Tunisian authorities for doing the police work of Europe in the Mediterranean instead of focusing on other priorities.