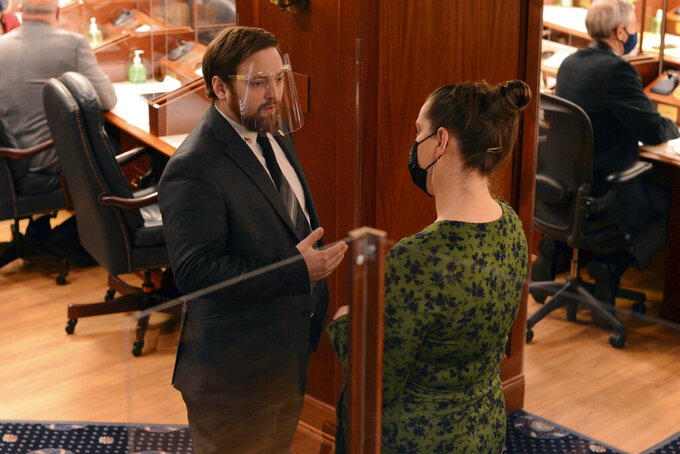 Rep. Christopher Kurka, a Wasilla Republican, announced his plans in a video on social media in which he levied criticisms at Dunleavy.

“The dirty little secret of Juneau and Washington, D.C. is that while most conservative officials talk tough about Republican ideals, very few have the intestinal fortitude, moral compass or even the intent to take the principled stand necessary to accomplish any real change,” he said.

A message seeking comment about the Republican challenger was sent to Dunleavy's campaign. Bill Walker, an independent and former governor; former state Rep. Les Gara, a Democrat; and Libertarian William “Billy” Toien are among those who also have said they plan to run.

Voters last year approved a new elections process that would end party primaries and institute ranked choice voting in general elections. The top four vote-getters in the primary would advance to the general election, regardless of party affiliation.

In the past, candidates for governor and lieutenant governor would run separately in the primary, with the party winners getting paired for the general election. Under the new system, candidates run as pairs from the start.