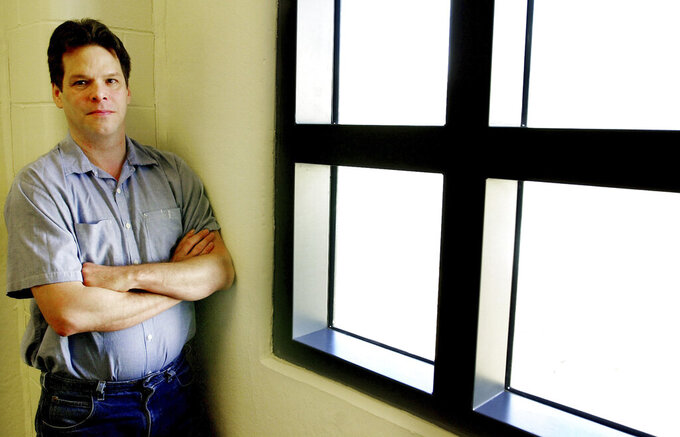 Dennis Dechaine is serving a life sentence for the murder and sexual assault of Sarah Cherry, who disappeared while babysitting in Bowdoin in July 1988. Her body was found two days later.

His attorney, John Nale, successfully argued for new DNA tests because of improvements in the technology.

Those tests conducted in California excluded Dechaine’s DNA from several items found at the crime scene, but it couldn't be excluded from several other items.

Nale said he’ll be filing a request for a new trial in six to eight weeks based on the test results.

But Frey said Monday that the DNA evidence is “only a small part of the substantial evidence.”

“This result does not conflict with our prior accounts or negate the significant other evidence against Mr. Dechaine. Mr. Dechaine has had multiple opportunities to challenge his conviction before state and federal courts. The courts have repeatedly denied Mr. Dechaine’s challenges while highlighting the overwhelming evidence against him,” Frey told The Associated Press in a statement in response to questions.

A car repair receipt and notebook bearing Dechaine’s name were found outside the Bowdoin home where Sarah was babysitting before her abduction. Yellow rope used to bind her hands matched rope in Dechaine’s truck. And his truck was parked near the location where her body was found.

Dechaine contends that someone framed him by planting evidence while he was in the woods doing drugs.

The Maine Supreme Judicial Court denied three previous requests for a new trial. In the latest, the court concluded that additional DNA testing that showed Dechaine’s DNA was not under the victim's fingernail wouldn’t have changed the outcome of the original trial. Federal courts also declined to intervene.

The Maine Sunday Telegram reported that the new tests excluded Dechaine's DNA from the victim's bra, a bandana used to gag her and a stick used to violate her, but they were inconclusive on her blood-stained T-shirt, a scarf used to strangle her and another stick.

Dechaine, who was 30 at the time of the killing, has a fierce group of supporters who say the farmer from Bowdoinham couldn't be the killer. They've pointed to alternative suspects.

State Rep. Jeffrey Evangelos, an independent from Friendship, had harsh words for prosecutors for fighting the DNA tests. “Shame on the state of Maine,” he wrote, suggesting innocent people are being “held in a cage at the Maine State Prison.”