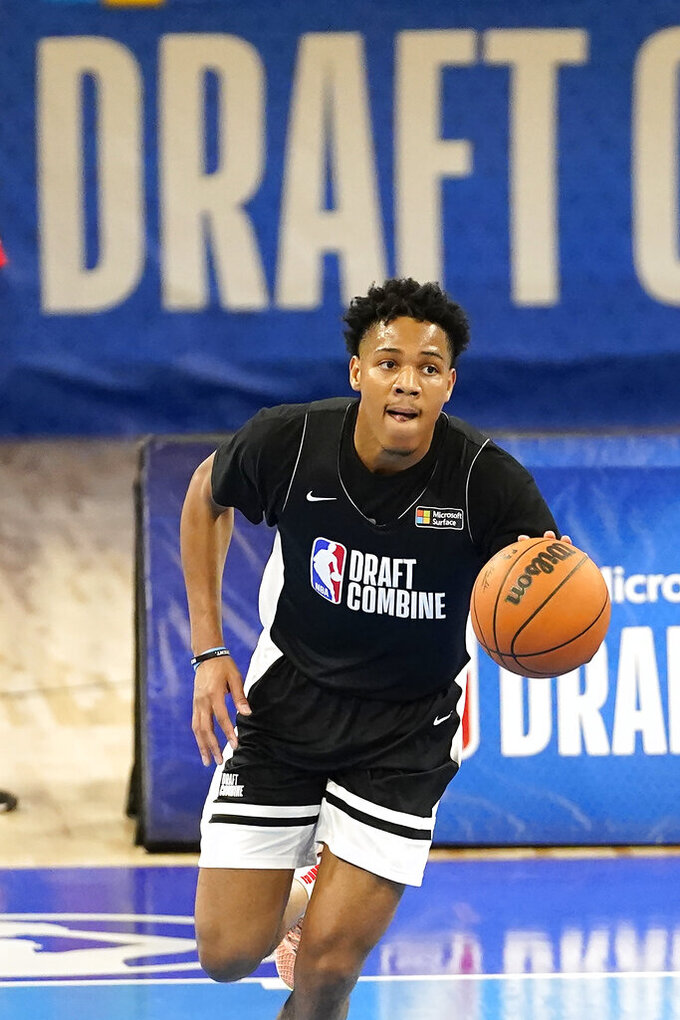 Charles Rex Arbogast, ASSOCIATED PRESS
FILE - Texas Tech's Terrence Shannon Jr. starts a fast break during the NBA Draft Combine at the Wintrust Arena Wednesday, June 23, 2021, in Chicago. Terrence Shannon Jr. will miss Texas Tech's season opener Tuesday night, Nov. 9 and be held out of games while the school reviews to ensure there are no eligibility issues after the standout forward went through the NBA draft process over the summer before withdrawing his name to return to school. “Out of an abundance of caution, Texas Tech is withholding Shannon from competition to ensure there are no possible issues resulting from that process and that all NCAA rules were followed,” the school said in a statement. (AP Photo/Charles Rex Arbogast, File)

LUBBOCK, Texas (AP) — Texas Tech has cleared junior Terrence Shannon Jr. to return to play for the Red Raiders after the standout forward was held out of their first three games during a review of eligibility rules.

The school said Wednesday that all questions related to Shannon going through the NBA draft process last summer had been resolved. No specifics were disclosed.

Shannon, a preseason All-Big 12 pick by the league coaches, will be available to play when the Red Raiders (3-0) have their next game Saturday against Incarnate Word at South Padre Island, Texas.

School officials said before the season opener last week that Shannon, who did not hire an agent as he explored his NBA options, was being withheld from competition “out of an abundance of caution” to ensure all NCAA rules were followed.