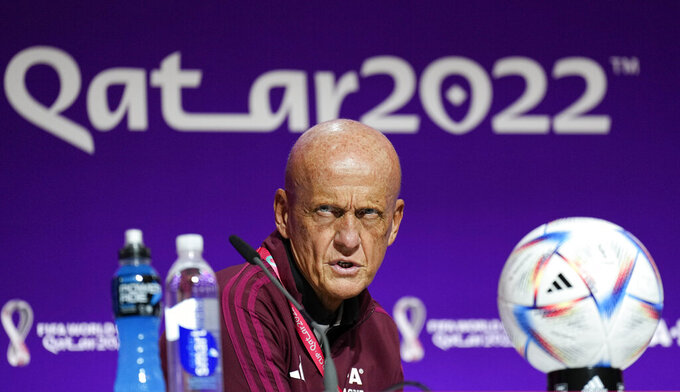 FIFA picked Orsato for Sunday's match between host Qatar and Ecuador, describing him as “one of Europe’s most experienced referees.” He turns 47 on Wednesday.

Until 2016, FIFA imposed a mandatory age limit of 45 on match officials for international games.

Orsato, who was a video review official at the last World Cup, refereed the 2020 Champions League final when Bayern Munich beat Paris Saint-Germain 1-0. He worked three games at last year's European Championship, which was won by his home country.

Italian referees have one of the best reputations in the modern era of World Cups, handling two of the past five finals.