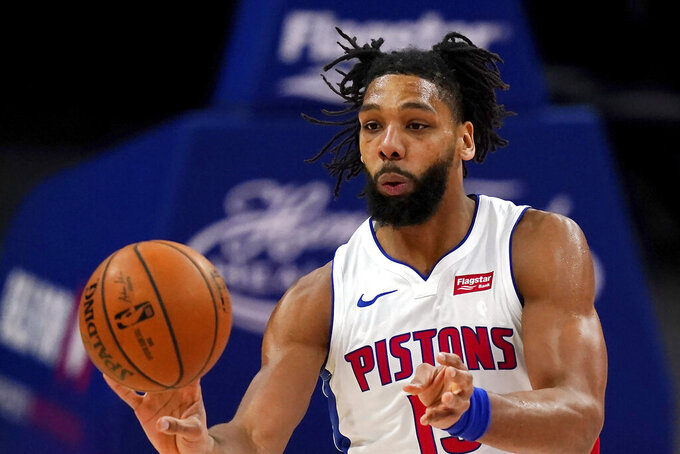 DETROIT (AP) — The Detroit Pistons acquired veteran center DeAndre Jordan in a multiplayer trade with the Brooklyn Nets on Saturday.

The Pistons also received four second-round picks and cash considerations from the Nets in exchange for forward Sekou Doumbouya and center Jahlil Okafor.

The 33-year-old Jordan signed a free-agent deal with Brooklyn on July 6, 2019, part of a big summer for the Nets that also included Kevin Durant and Kyrie Irving joining the team.

Jordan averaged 7.5 points and 7.5 rebounds in 57 games last season. He made 43 starts, but he had dropped out of the rotation by the end of the year.

The 6-foot-11 Jordan made his NBA debut in 2008 and spent his first 10 seasons with the Los Angeles Clippers. He also has played for Dallas and the New York Knicks, averaging 9.4 points and 10.6 rebounds over 932 career games.

Jordan's departure comes one day after LaMarcus Aldridge rejoined the Nets five months after having to retire because of an irregular heartbeat. Aldridge, 36, is a seven-time All-Star who has averaged 19.4 points in a career that began when he was the No. 2 pick in the 2006 draft.