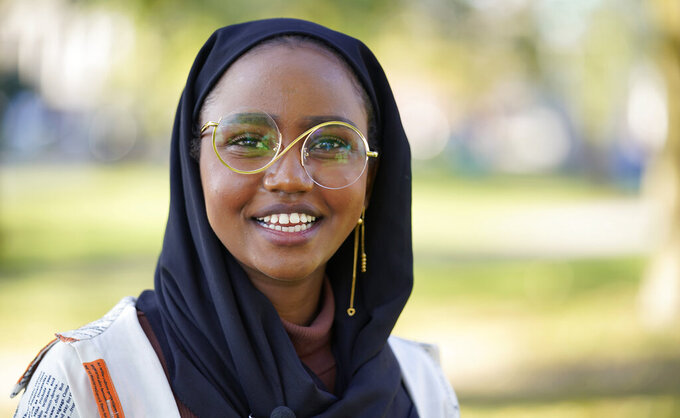 PORTLAND, Maine (AP) — Voters gave Democrats control of both chambers of the Maine Legislature for another two years — and made history by electing two Somali Americans to the House and the first Black woman to the Senate.

The reelection of Democratic Gov. Janet Mills marked a sweep for Democrats in the midterm election, turning back Republican efforts to win control of at least one legislative chamber.

The election of three Black women adds more diversity to the Legislature in the nation's whitest state.

“It’s tough to be the ‘only’ in the room. People of color in Maine experience that quite a bit,” Democratic Sen.-elect Jill Duson, a former city councilor in Portland, said Wednesday. “There’s a comfort level with having what we might call ‘critical mass.’ It’s not that we all think alike. It’s just good to see people like myself represented.”

Democrat Mana Abdi, of Lewiston, was unopposed, and South Portland Mayor Deqa Dhalac dispatched her Republican rival, allowing them to become the first members of the state's growing Somali American population to serve in the Legislature.

Abdi said she was thankful that Somali Americans can look at the Legislature and say “there is someone who looks like me.”

“We want to make sure we are seen as part of this society, so we’re not ‘the others.’ I want people to know we're part of the fabric of our communities. This is what America is all about,” added Dhalac.

There were several high-profile legislative races.

Maine Senate President Troy Jackson, a Democrat, won a hard-fought battle against Republican challenger Sue Bernard in a race that drew an eye-popping level of spending to northern Maine.

Other returning Black lawmakers are Rep. Rachel Talbot Ross, of Portland, and Sen. Craig Hickman, of Winthrop, both of whom won reelection.