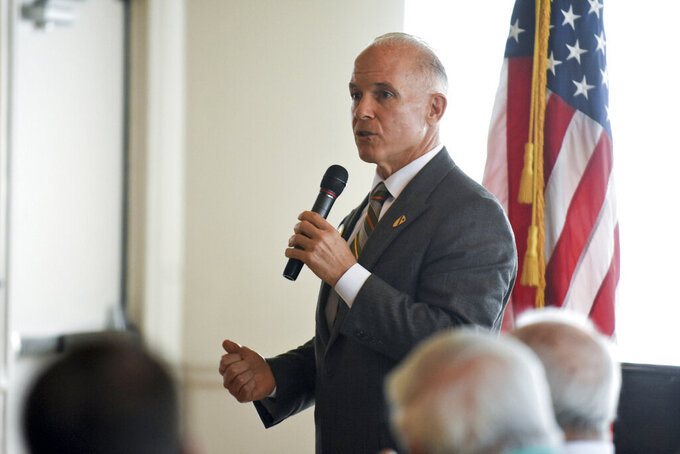 HARRISBURG, Pa. (AP) — A Pennsylvania appellate court judge, Daniel McCaffery, will run for an open seat on the state Supreme Court in next November's election, a campaign aide said Friday.

The period for filing paperwork hasn't opened yet, but McCaffery, a Democrat from Philadelphia, appears to be the first candidate to announce he's running in next fall's election for a 10-year term on the state's highest court.

McCaffrey, 58, was endorsed by the state Democratic Party when he was elected to a 10-year term on the state Superior Court in 2019. The court handles appeals from county courts in criminal and civil cases.

McCaffrey served in the Army and received his law degree from Temple University.

He is the brother of former state Supreme Court Justice Seamus McCaffery, who retired from the court in 2014 after being suspended by his colleagues over allegations of misconduct in office, including swapping pornographic emails with employees of the attorney general's office.

The seven-seat high court currently has a majority of four justices elected as Democrats. The two other justices were elected as Republicans.

The seat is open following the death earlier this fall of Max Baer, who was chief justice. Baer, 74, died only months before he was to reach the mandatory retirement age of 75.