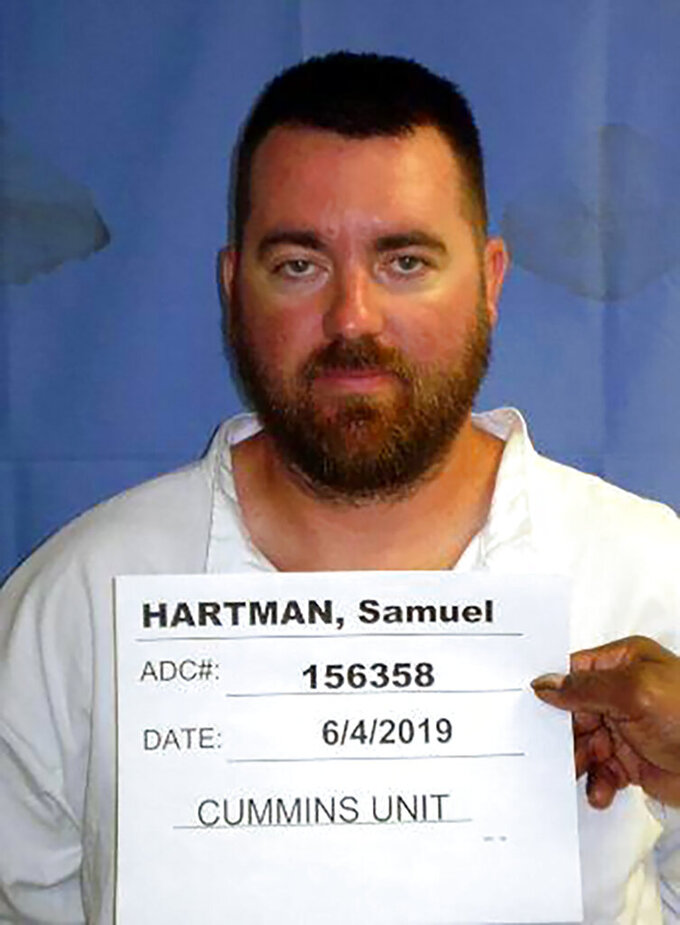 Authorities were searching Friday for a convicted rapist who escaped from an east Arkansas prison.

The DOC said Hartman escaped from a work detail in a field near the prison. DOC spokeswoman Cindy Murphy said Hartman and a suspected accomplice fired at correctional officers who were chasing them, but the officers weren't injured.

Hartman is considered armed and dangerous, and the department is working with local, state and federal law enforcement to follow up on leads, she said. Murphy said the suspected accomplice was not an employee or another inmate.

Hartman had been in state custody since 2013 serving a life sentence for a rape conviction out of Franklin County. The prison has a capacity of 1,624 inmates, according to the DOC website.