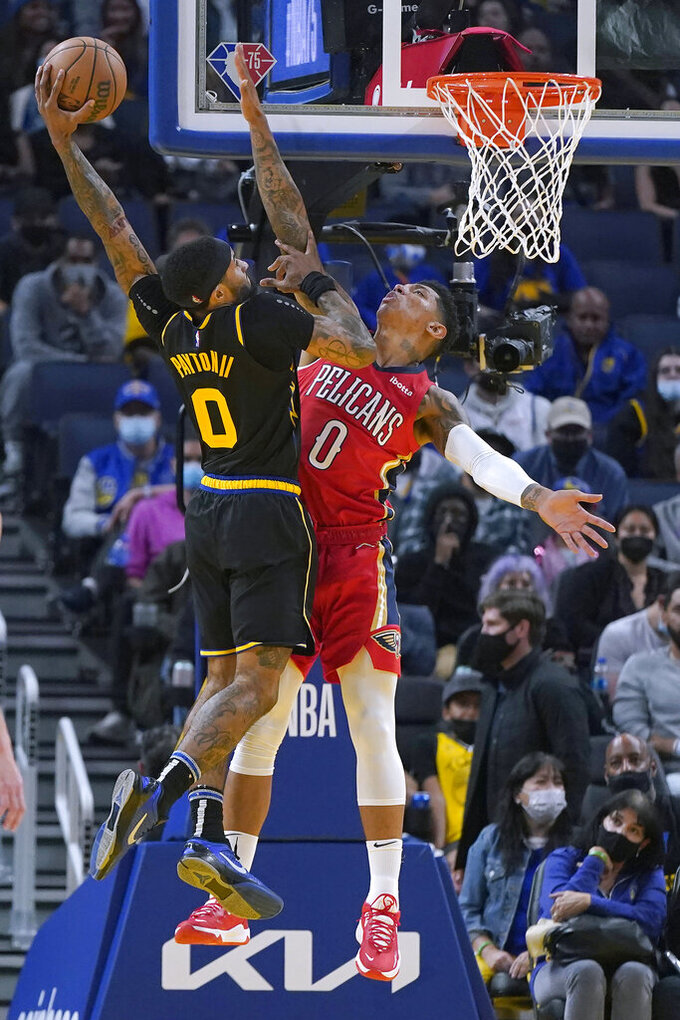 The 6-foot-5 Louzada, who joined the Pelicans last season, has played in just two games this season and has not scored.

“We were disappointed to learn that Didi Louzada violated the NBA-NBPA Anti-Drug Program," said Pelicans executive vice president of basketball operations David Griffin. "After speaking with Didi, we are confident that he understands the full gravity of the situation and regrets the decisions that led to the suspension.

"We fully support Didi on and off the court as he learns and grows from this experience,” Griffin added.

Louzada is from Brazil and initially joined the NBA in 2019, when he was a second-round draft pick of the Atlanta Hawks.