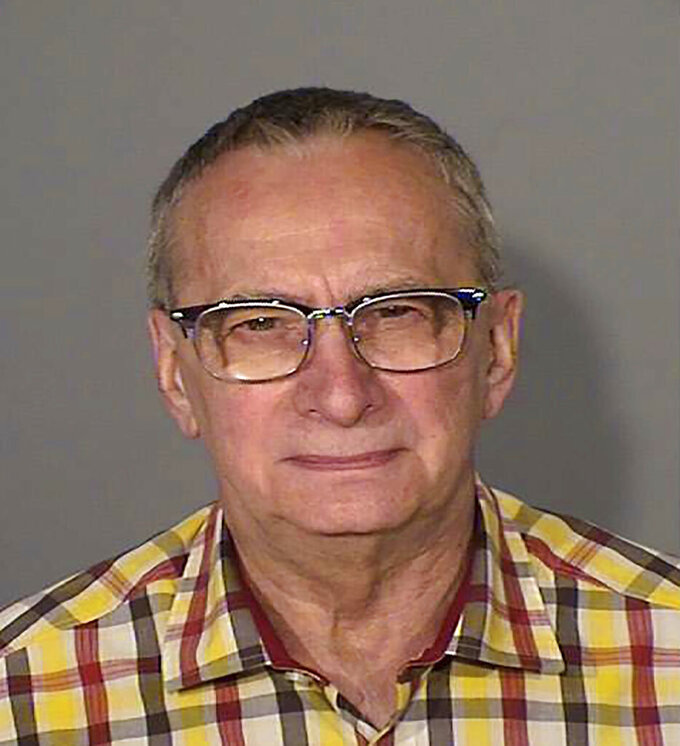 JOLIET, Ill. (AP) — A judge has thrown out statements that a 77-year-old Minnesota man charged in the stabbing death of a 15-year-old suburban Chicago girl nearly half a century ago made to police and to his wife.

Will County Judge David Carlson on Wednesday granted two defense motions tossing out statements that Barry Whelpley of Mounds View, Minnesota, made to police when they searched his home and a conversation between Whelpley and his wife that police recorded. Police arrested Whelpley in June last year.

Whelpley is charged with first-degree murder and aggravated criminal sexual assault for the 1972 death of Julie Ann Hanson. The 15-year-old Naperville girl disappeared on July 7, 1972, while riding her bicycle. Her body was discovered a day later in a field. She had been stabbed 36 times, coroners said.

Carlson ruled videos of the search showed seven or eight armed police officers and that the questions asked were directly related to the 1972 murder. The judge also banned the use of statements made at the police station after Whelpley’s second request for an attorney.

Ekl’s motions did not go into detail about what Whelpley said to police or his wife, and he declined to elaborate after Wednesday’s ruling.

The Will County state’s attorney’s office declined to comment on Carlson’s ruling.

The girl's murder remained unsolved for decades. The breakthrough in the case came through technological advancements in DNA and genetic genealogy analysis, police said. From that came the scientific evidence that pointed to Whelpley, a 1964 graduate of Naperville High School who lived about a mile from the girl’s house when she was killed.

Whelpley remains in the Will County jail on $10 million bond.