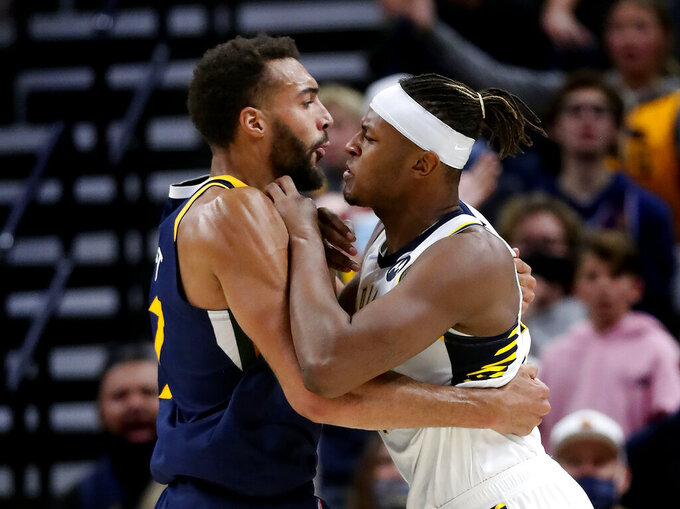 Ingles was fined $30,000 for making inappropriate contact with a game official, and Mitchell was docked $20,000 for escalating an altercation by verbally taunting an opponent.

Turner shoved Gobert, planting his shoulder in his back after a missed layup. Gobert responded by bear hugging him and trying to wrestle Turner to the floor. The two players had to be separated near the basket across from the Pacers bench.