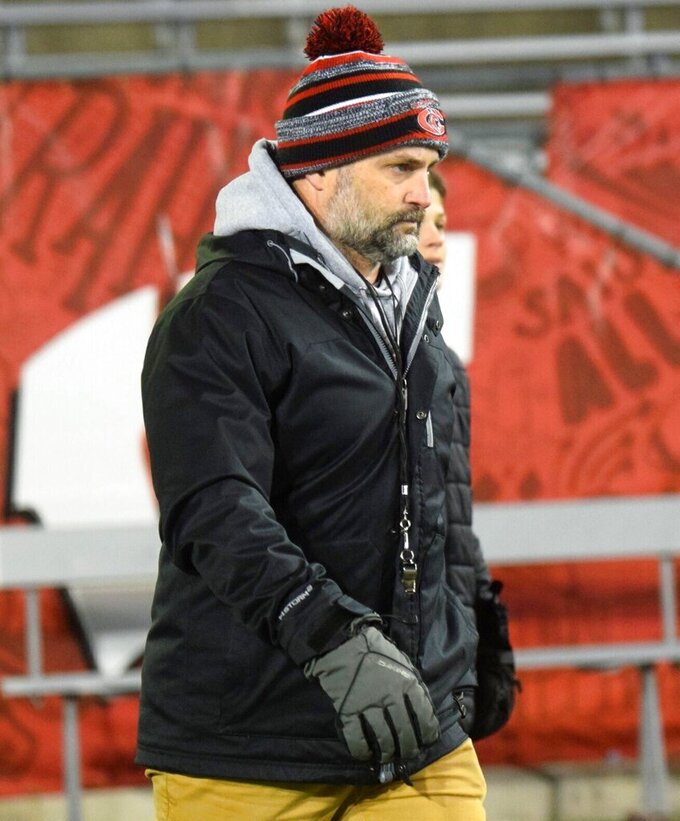 Columbus had prepared for this moment since the end of the previous season. But Selgrad’s pregame speech at Camp Randall Stadium exhorted the Cardinals to maintain belief that they could slay the giant.

“I channeled my inner Herb Brooks … and talked about what we had to do to take down this beast that is Catholic Memorial,” he said. “I said, `Their time is over and it’s our time now.’ We rallied around from it.”

It wasn’t a “Miracle on Ice” – when coach Brooks and the U.S. hockey team upset the Soviet Union at the 1980 Winter Olympics. But there were snowy conditions as Capitol Conference champion Columbus rallied for a 23-21 victory last month, completing an undefeated 14-0 season that secured the Division 4 state title.

For his efforts, the 44-year-old Selgrad was named Wisconsin Associated Press High School Football Coach of the Year on Thursday, an honor decided by a vote of a statewide panel of sports reporters.

“It is an honor,” he said. “It’s overwhelming. It’s surreal. It’s been a fantastic season. I couldn’t do it without the other coaches and the support of the school, the players and the community. It is a reflection on the program, as well.”

Selgrad, in his second season as Columbus’ coach, and his team believed the championship (which was the program’s third) was possible ever since last season when Columbus lost to eventual champion Catholic Memorial in the Division 4 semifinals. The Cardinals, led by junior running back Colton Brunell and senior offensive and defensive lineman Collin Selk, embraced a “Keep building” motto.

“As soon as that game ended last year against Catholic Memorial, we knew we had the pieces to make it happen,” he said. “Even if we weren’t supposed to get that far, we showed we had competed with a team like Catholic Memorial and we definitely felt like it was a goal.”

Selgrad, a 2004 UW-Oshkosh graduate, began his coaching career as an assistant at St. Mary’s Springs in 1998 and also coached at North Fond du Lac and Fond du Lac high schools. He said those coaching experiences helped him learn: “Don’t be satisfied with what we did yesterday.”