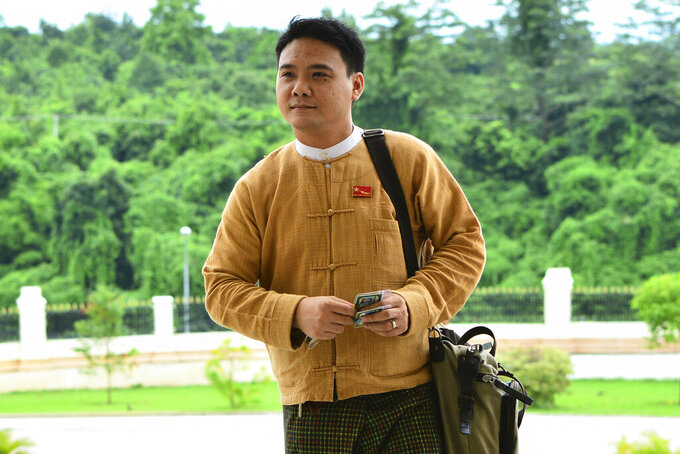 Hun Sen’s letter on Saturday to Myanmar ruler Senior Gen. Min Aung Hlaing adds to worldwide concern and protest over the intended executions of four men involved in the struggle against military rule. A copy of the letter was received from Cambodia’s foreign ministry.

Hun Sen wrote that “with deep concern and sincere desire to help Myanmar achieve peace and national reconciliation, I would like to earnestly request you and the State Administrative Council (SAC) to reconsider the sentences and refrain from carrying out the death sentences given to those anti-SAC individuals.”

The letter is unusual because Southeast Asian governments rarely issue statements that could be considered critical of each other's internal affairs. Hun Sen himself has a reputation as a leader who has been willing to employ authoritarian methods to stay in power for 37 years. However, Cambodia's Constitution of 1989 abolished the death penalty.

Spokesperson Maj. Gen. Zaw Min Tun said the decision to hang the two along with two other men convicted of killing a woman they believed was a military informer was made after their appeals against their military court judgement were rejected.

No date was announced for the planned executions.

Hun Sen has a special interest in Myanmar because Cambodia this year chairs the 10-member Association of Southeast Asia Nations, ASEAN, to which Myanmar belongs.

ASEAN has sought to play a role in promoting an end to the violence in Myanmar and provide humanitarian assistance there. But Myanmar’s military has failed to cooperate with ASEAN’s plans.

U.N. Secretary-General Antonio Guterres has called for all charges to be dropped against those arrested for exercising their fundamental freedoms and rights and for all political prisoners in Myanmar to be released immediately.

They also noted that the military already stands accused of carrying out the extrajudicial killings of almost 2,000 civilians.

The Assistance Association for Political Prisoners, a non-governmental organization that tracks killing and arrests, said Friday that 1,929 civilians have been killed by security forces. It said 114 other people had been sentenced to death.

Myanmar's foreign ministry on Monday rejected such criticism, declaring that its judicial system is fair and that Phyo Zeya Thaw and Kyaw Min Yu were found guilty and sentenced to death “as they were proved to be masterminds of orchestrating full-scale terrorist attacks against innocent civilians to instill fear and disrupt peace and stability.”