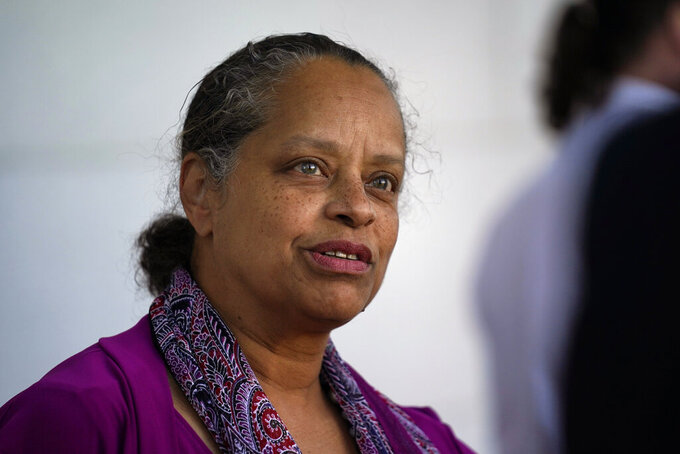 PORTLAND, Maine (AP) — Democrats in the Maine House of Representatives nominated the state's first African American to serve as speaker, selecting a Portland lawmaker whose father was the first Black member of the Maine Legislature.

Rep. Rachel Talbot Ross was nominated Thursday over another Portlander, Ed Crockett, to lead the chamber. Her selection is all but assured since Democrats control the state House.

“Her nomination is historic and sends a powerful message to Mainers about what’s possible,” said current House Speaker Ryan Fecteau, who couldn't seek reelection because of term limits.

Talbot Ross said she's ready to focus on challenges including the rising cost of living, climate change and a lack of access to affordable housing and healthcare. “Should I receive the support of the full Legislature, I will continue to push for progress in our state and use my position of leadership to work to improve the lives of all Mainers,” she said.

Her father, Gerald Talbot, was the founding president of the Portland chapter of the NAACP, and the first Black lawmaker in Maine, elected in 1972. He later served on Maine State Board of Education, and a school in Portland bears his name.

Like her father, Talbot Ross served as president of the Portland NAACP. She was elected in 2016 to the House, where her father served. Her party made her assistant majority leader in the House, becoming the first person of color to serve in leadership in the Maine Legislature.

The nomination, made during a caucus of incoming Democrats at the State House in Augusta, reflects growing diversity in the Legislature where two Somali American women were elected to the House and Sen.-elect Jill Duson of Portland will be the first Black woman in the Senate.

Fecteau, of Biddeford, was the first openly gay house speaker in Maine. The full House must vote on his replacement when it convenes Dec. 7.