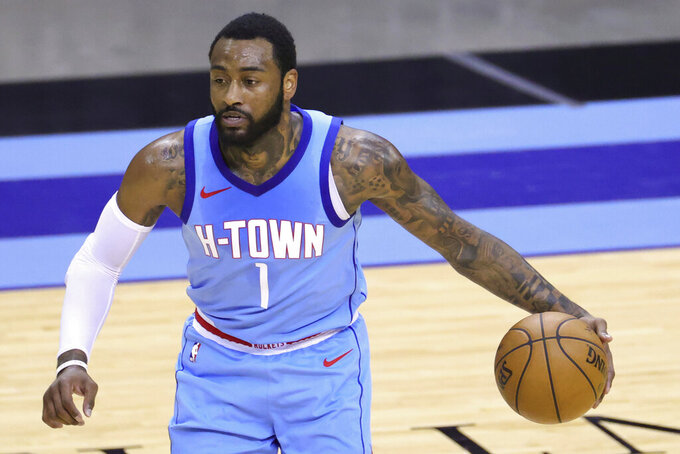 Wall posted photos on his social media accounts of him signing his contract and receiving congratulations from owner Steve Ballmer in Las Vegas, where the Clippers have a team in the NBA Summer League.

“John is one of the great downhill drivers and shot creators of his era,” said Lawrence Frank, president of basketball operations. “He will add depth to our backcourt with his initiating, passing and point-of-attack defense.”

The 31-year-old guard averaged 20.6 points, 6.9 assists and 3.2 rebounds while starting 40 games for the Houston Rockets during the 2020-21 season. He sat out all of last season while the Rockets considered a long-term plan for him.

Wall had left heel surgery that caused him to miss most of the 2018-19 season. He sat out the entire following season while recovering. He played in just 41 games in 2017-18 after being limited by a left knee injury.

Wall played for the Washington Wizards from 2010-20 after being the first overall pick in the 2010 NBA draft out of Kentucky.