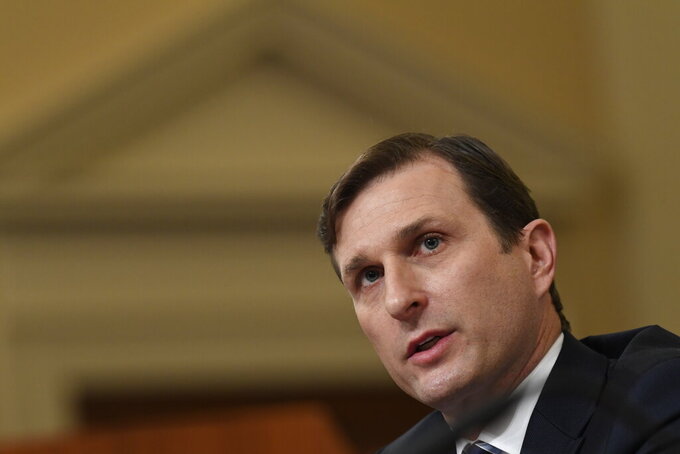 NEW YORK (AP) — Daniel Goldman, the former federal prosecutor who served as counsel to House Democrats in the first impeachment inquiry against former president Donald Trump, announced Tuesday that he will run for attorney general of New York.

“I’ve been on the front lines as a prosecutor and as impeachment counsel of Donald Trump,” Goldman said in an announcement on Twitter. “ Now it’s time to lead again in today’s big fights. That’s why I’m running for NY Attorney General.”

Goldman, 45, spent about a decade as an assistant U.S. attorney in Southern District of New York under Preet Bharara, where he was part of a team that prosecuted Las Vegas sports bettor William “Billy” Walters on fraud and conspiracy charges in 2017 for his role in a $43 million insider-trading scheme. He also prosecuted Genovese crime family mobsters.

Goldman later served as general counsel for the House Intelligence Committee and as majority counsel for Trump's 2019 impeachment. He has also been a legal analyst for NBC.

Goldman has never run for office before.