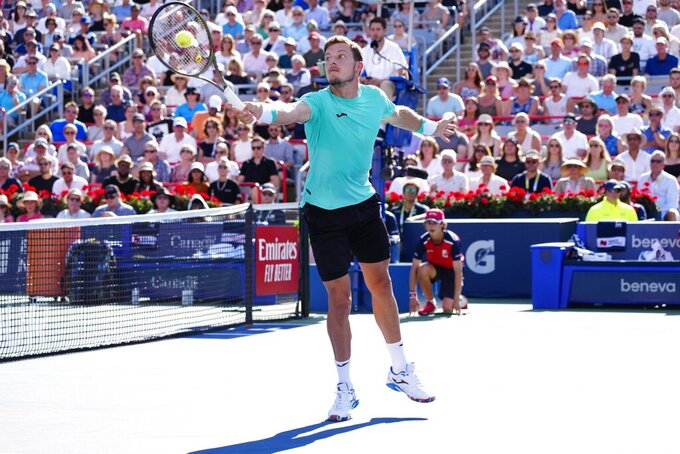 The first unseeded winner in the event since Argentina’s Guillermo Canas in 2002, Busta won his seventh ATP Tour title and first Masters 1000 victory.

“It’s an amazing feeling,” Busta said. “I worked very, very hard (throughout) my career to finally be here.”

The 23rd-ranked Carreno Busta improved to 7-5 in final appearances.

“It’s not the first one, but it’s for sure the most important,” Carreno Busta said. “It’s a Masters 1000. It’s something great to win these kind of titles.”

Hurkacz fell to 5-1 in finals.

“It’s the little things that make a big difference,” Hurkacz said. “If you don’t make your first serves and, with Pablo making some good returns, then you’re under a lot of pressure.”