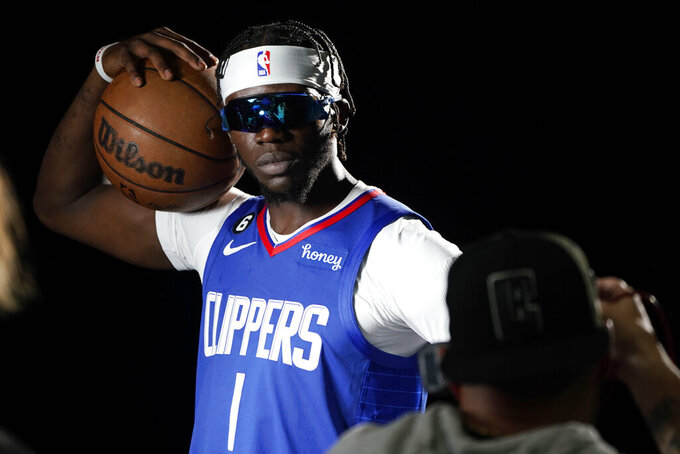 Ballmer hopes to be feeling even better when the Clippers open training camp Tuesday in Las Vegas and Leonard is testing out his surgically repaired knee.

“I'll be participating in training camp and from there just seeing how my progression is, how I feel, what I’m not feeling, is it moving correctly, and just keep going from there and gradually building up,” Leonard said Monday at the team's media day. “I feel good and right now the plan is to start camp tomorrow and play.”

Leonard has been idle for 15 months while recovering from surgery on his right knee for a partially torn anterior cruciate ligament. Although he has been fully cleared, the team is approaching the All-Star's return with a degree of caution.

“The great news is that he feels great,” coach Tyronn Lue said. “We’ll get a better gauge of how he feels when he goes through different scenarios, different situations on the floor, and then we’ll just kind of gauge it day by day.”

Leonard said he is no longer bothered when he jumps off his surgically repaired leg.

“I definitely got a lot stronger,” he said.

The Clippers open the preseason on Friday in Seattle.

George took charge of keeping the team in touch during the summer. He organized an outing to San Diego and had anyone who was available playing in gyms around Los Angeles.

Leonard isn't the only Clipper who'll be returning to NBA action after a long layoff.

John Wall joined the team during the offseason. In April 2021, he suffered a hamstring strain with Houston. Last season, he didn't play at all for the rebuilding Rockets.

“I put in a lot of work,” he said. “Everything I’ve been through the last two, three last years, I don’t think a lot of people could have got through that.”

The nightly battles won't be only against opponents. The Clippers are so deep that minutes will be hard to come by.

Lue could go 11 to 12 players deep with a roster that has veterans who can play both ways.

Leonard said he possibly could have returned to play last season if the Clippers had gone deep into the postseason. However, the team failed to advance out of the play-in tournament.

"I mean, it’s all woulda, coulda, shoulda right?” Leonard said. “But yeah, if they would have made it to the Finals last year, you would have seen me playing.”