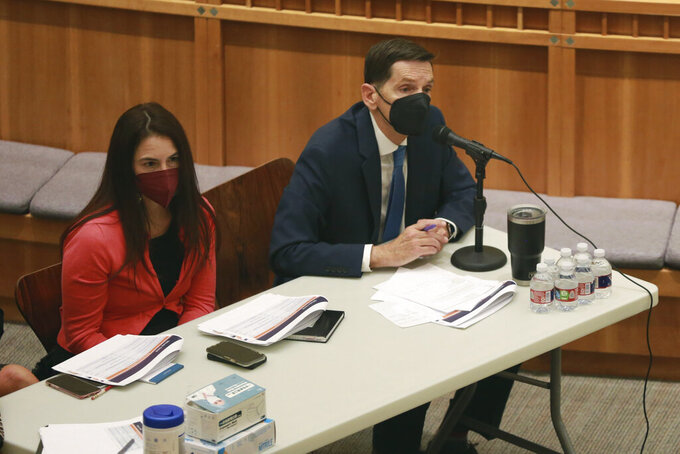 SANTA FE, N.M. (AP) — The New Mexico Public Education Department is asking state lawmakers for a $6.7 million budget increase, citing the need to address an ongoing lawsuit that centers on accusations that the state is failing to meet constitutional obligations to provide essential educational opportunities to all students.

State Education Secretary Kurt Steinhaus is expected to release an action plan next month that would address parts of the legal challenge. Nearly $5 million of the budget increase would fund compliance with state court orders related to the lawsuit.

Most legislative funding for education, around $3 billion each year, goes directly to school districts. Additional funding comes from the state’s large endowment fund, which has grown in recent decades thanks to oil royalties and market investments.

The Public Education Department also oversees the distribution of federal funds, including $1 billion this year in pandemic relief. Steinhaus told members of the Legislative Finance Committee that the biggest need is staff to help with the management of the funds.

His request to boost the agency’s budget from $14.5 million to $21 million would include the hiring of at least 33 employees.

“I realize that’s a large request,” he told legislators, adding he believes it’s the “bare minimum.”

“You have 59 positions that you’re funding for that are not filled and now you’re wanting 33 more and I just guess my question is why?” said Rep. Candie Sweetser, a Democrat from the state's rural southwest.

Steinhaus said he had the same question when he became education secretary three months ago. He said he has filled staffing roles in the hiring department of his agency and has dozens of interviews being set up.

He insisted that he needs the staff to monitor a growing set of state and federal programs and funds. “And so I am confident that I can build a team of people with that extra funding that can meet those requirements.”

One member of the Legislature questioned the need for a $102,000-per year position listed in the budget as an “equity specialist.”

“What’s a priority in my district is less administrative overhead and more certified personnel in the classroom," said Rep. Phelps Anderson, of Roswell, a former Republican who became an independent in February.

Attanasio is a corps member for the Associated Press/Report for America Statehouse News Initiative. Report for America is a nonprofit national service program that places journalists in local newsrooms to report on under-covered issues.