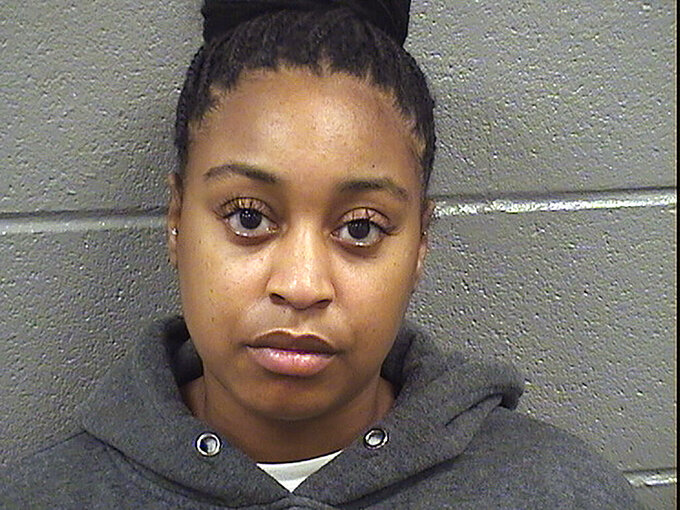 Uncredited, ASSOCIATED PRESS
FILE - This Aug. 5, 2021, photo provided by the Cook County, Ill., Sheriff's Office shows Melvina Bogard, a Chicago police officer, who was found not guilty Tuesday, Nov. 22, 2022, in the February 2020 shooting and wounding of an unarmed man during a struggle at a downtown commuter train station. (Cook County Sheriff's Office via AP, File)

CHICAGO (AP) — A Chicago police officer was found not guilty Tuesday in the February 2020 shooting and wounding of an unarmed man during a struggle at a downtown commuter train station.

Prosecutors have said Bogard and another officer, Bernard Butler, were riding a train when they saw Ariel Roman move between cars while the train was in motion, in violation of a city ordinance. The officers asked Roman to get off the train, and on the platform he told them he had anxiety issues and moved from car to car because someone was bothering him.

Bogard shot Roman once in the chest or abdomen during that struggle, then shot him from behind in the buttocks or hip when Roman ran up the escalator, according to prosecutors.

Roman survived the shooting and has filed a federal lawsuit that alleged Bogard and Butler “chased, tackled, pepper-sprayed, Tasered and shot twice.”

Police Superintendent David Brown later recommended to the city's police board that Bogard, who joined the police department in 2017, be fired.

In his ruling, Claps said Roman posed a danger to the officers at the scene when he grabbed at a Taser.

Bogard's defense attorney Tim Grace told reporters after Tuesday's acquittal that it was “not a day to celebrate.”

“Officer Bogard was left in a position where she had to make a decision,” Grace said. “She could have ran away ... but that’s not her job. That’s not what we pay her to do. We pay her to keep the trains safe.”