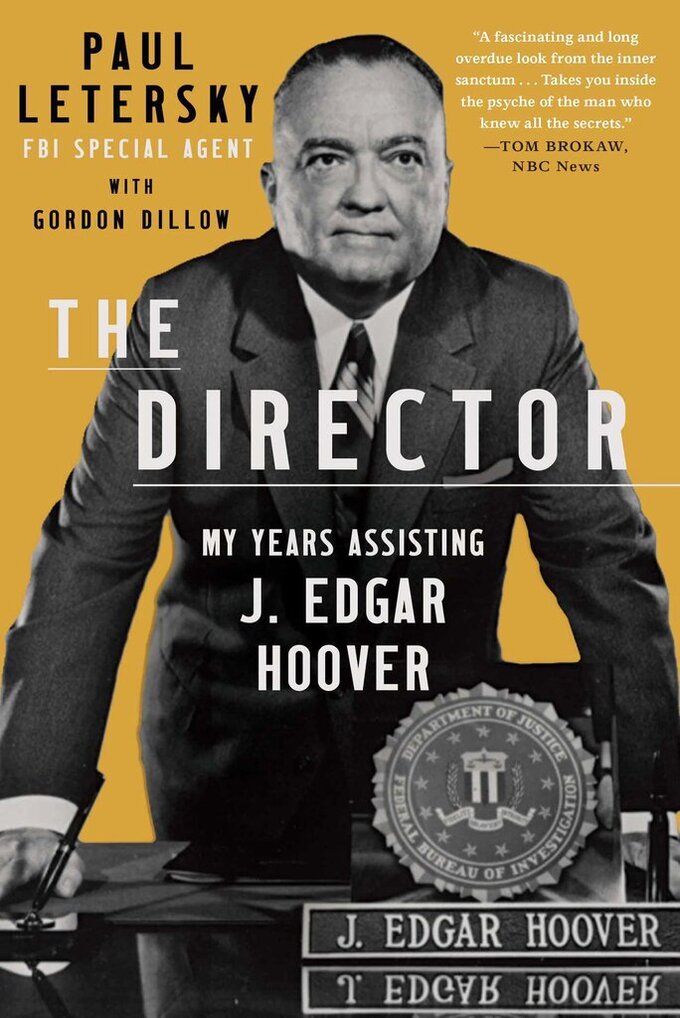 J. Edgar Hoover’s life has been picked apart in other books; Paul Letersky and Gordon Dillow deliver insight that only could be obtained from Letersky’s vantage point as Hoover’s personal assistant for two years.

“The Director: My Years Assisting J. Edgar Hoover” is actually a pair of books in one; the first half Letersky’s experience as Hoover’s assistant; the second covers Letersky’s years as a field agent, first in Cincinnati and then Alexandria, Virginia.

Letersky offers less a historical breakthrough than finer brushstrokes on an American icon, whom the author describes as kind, courteous, formal, thoughtful, fearless, occasionally funny, a perfect gentleman and a devout patriot. He also could be vindictive, closed-minded, hypocritical and a holder of eternal grudges who sincerely thought he was serving his country. In his later years, however, Hoover apparently was oblivious to ethical lapses such as bugging the Rev. Martin Luther King’s hotel rooms.

Hoover also emerges as petty, judgmental and sometimes bizarre. He didn’t want men with “pear-shaped” heads as agents and woe to the agent who added a few extra pounds.

More than anything, Hoover was that uniquely American character, the workaholic. His entire life was dedicated to the FBI, which he built into the world’s most respected law enforcement agency. Agents feared letters of censure from the boss; Hoover’s FBI allowed no room for error or forgiveness. Hoover’s singular devotion to the FBI’s success and image made the bureau a tense, competitive place to work. Arrests, closed cases, the accuracy rate of typed pages – everything was measured. “All men, even the best men, must be closely controlled and supervised at all times,” Letersky quotes Hoover as telling him.

He stayed too long and in later years needed an afternoon nap but other than attending horse races, he had little other life.

As for Hoover using his famed and feared “personal files” to pressure the eight presidents he worked for to allow him to stay; in Letersky’s telling, it was more the other way around – several presidents tried to lean on Hoover for political leverage.

With Hoover’s death in 1972, many thought the mystery of what was in his personal files would be revealed. Their mere existence generated fear – what secrets might those 30-some file drawers hold?

We can get some clues as to the contents from a file Letersky saw on The Monkees, the American pop group from the 1960s. The file consisted of a few newspaper clips, cut and stored because an informant said the group was transmitting subliminal anti-war messages during their concerts.

This would have been impressive at many levels. The Monkees’ musical abilities were such that studio musicians recorded many of their songs for them.

And the rest of the files?

We will never know. After Hoover’s death, they were shredded by his long-time secretary, Helen Gandy. The job took two weeks.