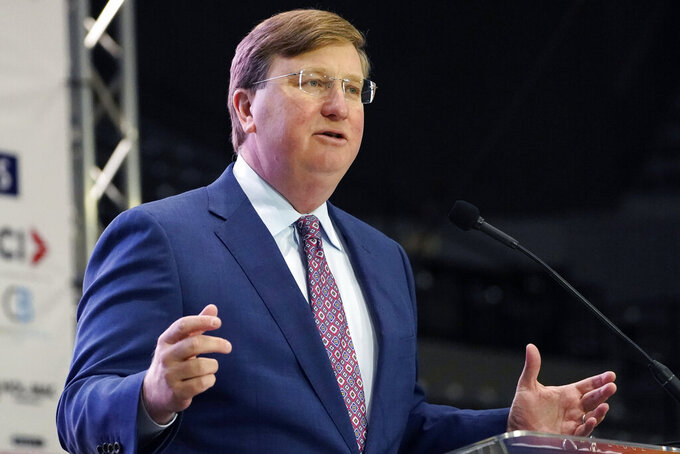 JACKSON, Miss. (AP) — Mississippi Gov. Tate Reeves is calling lawmakers into special session Wednesday to consider incentives for an economic development project that he said would create 1,000 jobs with an average salary of $93,000.

The governor did not immediately say what kind of incentives he will ask the Republican-controlled Legislature to approve. The special session will begin at 10 a.m. Wednesday.

The Golden Triangle is in the northeastern part of the state, near the Alabama border. It encompasses Columbus, Starkville and West Point.

Democratic Rep. Kabir Karriem of Columbus told The Associated Press that the project will be for Lowndes County.

This will be the first special session of the year for Mississippi legislators, who met in regular session from early January until early April.

“The Mississippi Legislature has helped us build a business climate that encourages economic growth,” Reeves wrote.

The governor's news release said that the jobs for this project will be more than double the existing average salary in Mississippi.

“One of my top priorities will always be to raise the per capita wages of Mississippians," said Reeves, who is expected to seek a second term next year. "This historic economic development deal does exactly that and will have a remarkable impact on communities across Mississippi.”