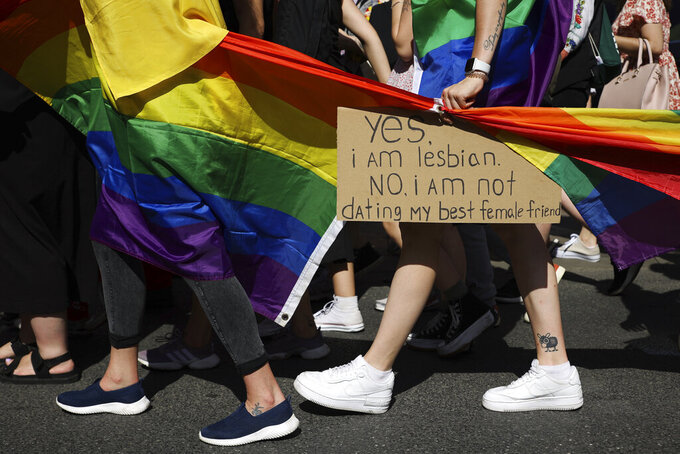 Michal Dyjuk, ASSOCIATED PRESS
People take part in the 'Warsaw and Kyiv Pride' marching for freedom in Warsaw, Poland, Saturday, June 25, 2022. Due to Russia's full-scale war against Ukraine the 10th anniversary of the equality march in Kyiv can't take place in the usual format in the Ukrainian capital. The event joined Warsaw's yearly equality parade, the largest gay pride event in central Europe, using it as a platform to keep international attention focused on the Ukrainian struggle for freedom. (AP Photo/Michal Dyjuk) 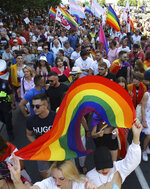 Jaroslaw Kaczynski, the head of the Law and Justice party, described a theoretical situation in which a person named Wladyslaw, which is traditionally a male name, comes to work asking to be called Zosia, a traditionally female name.

“And according to what we are recommended from the West that everyone should obey it,” Kaczynski said at a rally in Grudziadz, a city in northern Poland. “We do not intend to look into anyone’s bedroom, but at the same time we want to maintain normality.”

His party has in recent years used anti-LGBTQ rhetoric ahead of elections. Kaczynski is preparing to lead the party into elections next year.

His remarks on Sunday repeated an idea he broached with a different group of voters a day earlier, saying it was time to return to “some rules of decency” and “normal language.”