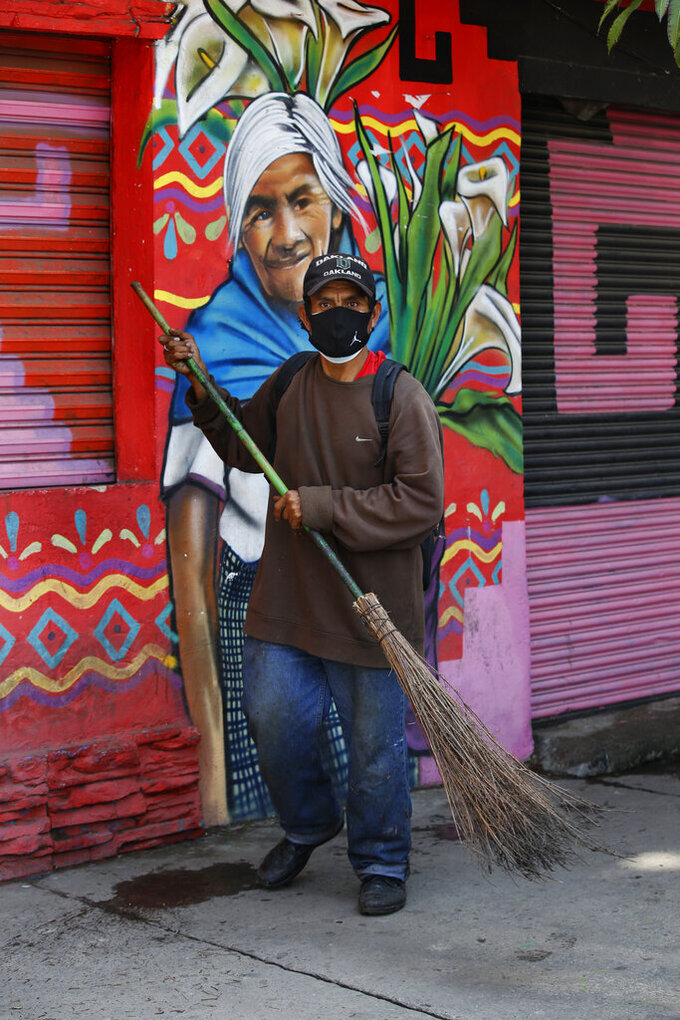 Foreign Affairs Secretary Marcelo Ebrard said the U.S. government will send AstraZeneca and Moderna vaccines, though the latter hasn't yet been approved by Mexican regulators.

U.S. Vice President Kamala Harris informed Mexican President Andrés Manuel López Obrador of the new shipments during a call Monday, Ebrard said. On Tuesday, however, White House press secretary Jen Psaki was less definite. “We don’t have anything confirmed at this point in time in terms of the numbers or the timeline on that decision," she said.

As Mexico’s third wave started, hospitalizations and deaths lagged significantly. But hospitalizations are starting to rise in parts of the country as infections expand rapidly and the health system grows more stressed.

“The appearance of new cases is much greater than what we saw in the first and second waves,” said public health specialist Miguel Betancourt. The much more contagious delta variant is likely responsible. “With this velocity that we are seeing, the risk of saturation of the hospitals is very high.”

Mexico has received 91.2 million doses of five different vaccines, about 73 million of which have been applied. Some 51 million people have received at least one dose and 27 million have been fully vaccinated.

In June, the U.S. government sent Mexico more than 1.3 million doses of the Johnson & Johnson vaccine following a visit by Harris to the country.

Assistant Health Secretary López-Gatell compared the first 50 days of the second and third waves Tuesday, noting that the number of deaths this time are a fraction of what was seen at the end of last year.

Another change between the two waves is that the bulk of the new infections this time are not in those 60 years and up, but rather people 20 to 50 years old. Mortality was less in all age groups.

Betancourt said the focus of infections in younger age groups is because a lower proportion are vaccinated, they are working age so more likely to be out and they are more tired of restrictions and ready to return to some semblance of normal life.

Mexico has seen more than 244,000 test-confirmed deaths, but the country does little testing and studies of death certificates indicate the real toll is nearly 370,000.

Federal health officials placed Mexico City on red alert Friday, a level determined by case loads, hospital bed availability and the rate of change in those and others factors. Mexico City’s Mayor Claudia Sheinbaum has so far resisted reimposing restrictions that could curtail economic activity, arguing instead that the rate of vaccinations should be increased.

Betancourt said the possibility of closing restaurants and bars or limiting public transportation is now unlikely. He said officials should re-emphasize the measures that have proven to reduce transmission: wearing masks, maintaining distance and only gathering in well-ventiliated areas.

“I hope I’m wrong, but I believe now that we’re seeing in some places where the hospital saturation is around 70%, we could start to see an increase in deaths because they won’t have the capacity to quickly attend to the people who become serious and require attention,” Betancourt said.