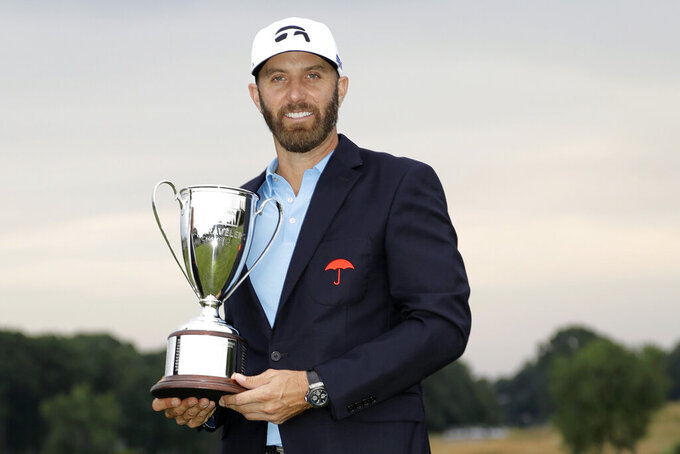 McKINNEY, Texas (AP) — Dustin Johnson withdrew Monday from the AT&T Byron Nelson because of discomfort in his knee, one week before the second major of the year, the PGA Championship.

Johnson had arthroscopic surgery on his left knee to repair cartilage damage after the 2019 season, keeping him out for three months until the Presidents Cup.

He said in a statement that “the knee discomfort I occasionally experience has returned,” and after consulting with his team and trainers thought it best to not play this week and stay home to focus on rehabilitation.

“I am not pleased about this situation, as I was really looking forward to playing this week,” Johnson said.

The PGA Championship is next week at Kiawah Island in South Carolina, his home state.

Johnson, the No. 1 player in the world for the last nine months, has gone six consecutive tournaments without a top-10 finish, his longest such stretch since an eight-tournament drought in 2019 leading up to surgery.

His lone victory this year was the Saudi International.