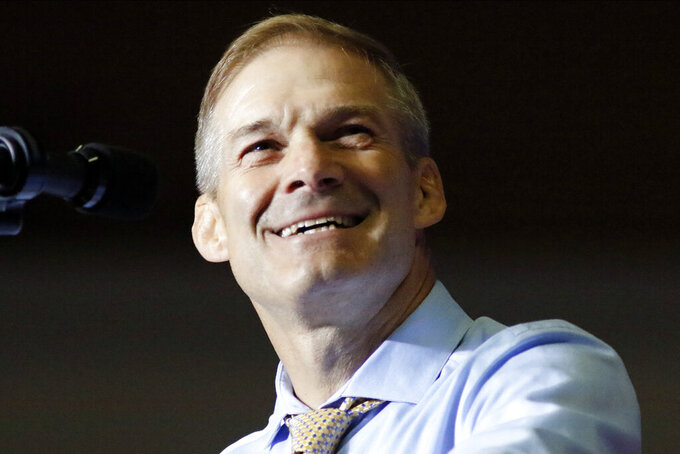 The victories for Democrats on Tuesday were rare bright spots in Ohio’s mid-term elections that saw the party suffer defeats in all statewide races.

Cincinnati City Council member Greg Landsman knocked off Chabot, who was first elected to Congress in 1994. Democrats saw an opening to pick off Chabot this year after Ohio redrew its congressional maps to encompass more of Democrat-friendly Cincinnati into the district.

“I thought we could overcome that, and we almost did,” Chabot said after conceding the race.

It was one of 14 U.S. House seats nationwide held by Republicans but that President Joe Biden would have won under new congressional maps. Democrats were looking to take at least a handful of those Republican-held seats that voted for Biden to negate losses elsewhere around the country.

Chabot, seeking a 14th term in Congress, touted his consistent conservative credentials during the campaign but didn’t align himself closely with former President Donald Trump.

Kaptur, first elected in 1982, defeated Republican J.R. Majewski after his campaign was derailed by reports that he had misrepresented his military service.

Majewski, a political newcomer, was backed by Trump in a redrawn congressional district considered a political toss-up. He was forced to defend himself in September after The Associated Press reported that he had misrepresented key elements of his Air Force service, including his story of being a combat veteran who served a tour of duty under “tough” circumstances in Afghanistan.

He denied lying about his record and said he proudly served his country. But the National Republican Campaign Committee canceled TV ads it had booked to support his campaign.

Kaptur, a popular Democrat in her hometown of Toledo, seized on that and other questions about Majewski’s resume. She branded him as a past devotee of QAnon conspiracy theories who passed by police barricades during last year’s deadly insurrection at the U.S. Capitol.

“I don’t believe there’s a time that I served in public life when I have seen the country divided as it is today,” she said. “This victory today in this particular district shows that the people, regardless if they’re Democrat, Republican, independent, can come together. They can come together if we give them good government, if we stay close to them and we don’t allow certain evil forces to impact their lives.”

Kaptur distanced herself from Biden during the campaign, releasing an ad that said she didn’t work for him. Majewski’s campaign sought to link Kaptur to the president’s sinking approval ratings and inflation at every turn while also highlighting his backing from Trump.

Trump’s influence was front and center in a handful of Ohio’s congressional elections.

Miller, who defeated Democrat Matthew Diemer, was a clear favorite after his victory in the GOP primary, a win that was set up after U.S. Reps. Bob Gibbs and Anthony Gonzalez abruptly retired.

Republicans previously held a 12-4 majority of Ohio’s congressional seats, but after Ohio lost one seat in Congress this year that margin will be cut to 10-5 for the GOP.

Sykes, a former Ohio House Democratic leader and the daughter of a powerful political family in northeast Ohio, defeated Madison Gesiotto Gilbert, a former Miss Ohio USA who worked on Trump’s 2016 inauguration committee and helped lead Women for Trump during his reelection bid.

The story has been updated to correct that Gibbs decided to retire this year.