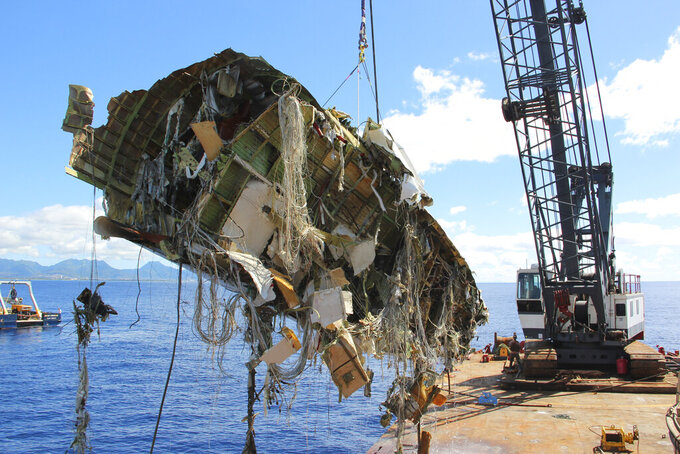 HONOLULU (AP) — Federal officials have recovered a cargo plane that crashed into the ocean off Hawaii.

The National Transportation Safety Board announced Tuesday that all major components of the 737-200 jet, including the plane's black boxes, have been salvaged from about 400 feet (122 meters) of water off Oahu.

“The recovery of the recorders and virtually the entire airplane represents a major step forward in the investigation,” said NTSB Chair Jennifer L. Homendy.

The cargo plane was operated as TransAir flight 810. Two pilots survived the crash after reporting problems with both engines shortly after takeoff from Honolulu on July 2.

The flight data recorder and the cockpit voice recorder will be analyzed and the plane's parts examined. The jet broke into two pieces during the crash.

The NTSB says the investigation will be completed within the next two years.