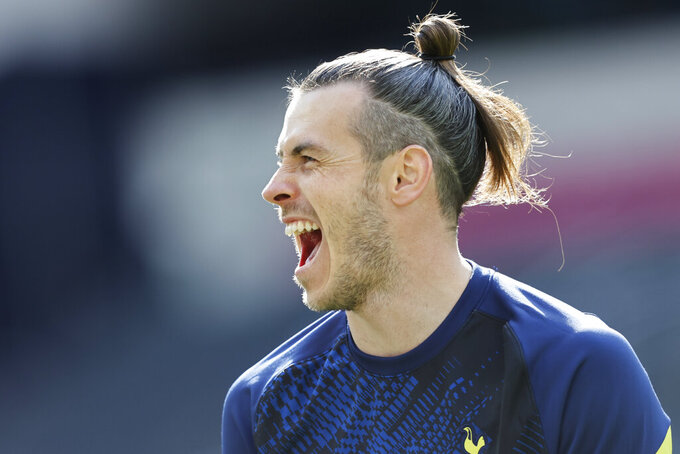 LONDON (AP) — Tottenham's newest sponsor didn't exactly paint a great picture of the club when launching their partnership on Thursday.

Paint supplier Dulux had to apologize after its social media team mocked Tottenham on Twitter shortly after announcing that the company had become the Premier League club's “official paint supplier.”

The tweets included a jibe about Tottenham's lack of trophies and a barb suggesting the company's dog mascot would make a better defender than the Spurs players.

“We’re deeply sorry," Dulux said in a statement after the tweets unleashed a torrent of social media ridicule on the north London club.

The paint company had replied to users making fun of the club’s lack of silverware since 2008 by posting a picture of an empty trophy cabinet being for sale.

In a reply to a tweet asking whether the Dulux dog can play center back, the company replied: “He might do a better job.”

The tweets were quickly deleted.

“These do not reflect how proud we are to be the Official Paint Supplier of the Club," the company tweeted. "We’re investigating what happened and apologise to all Spurs fans.”

Tottenham brushed off the taunts.

“We’ll gloss over it this time," the club tweeted.