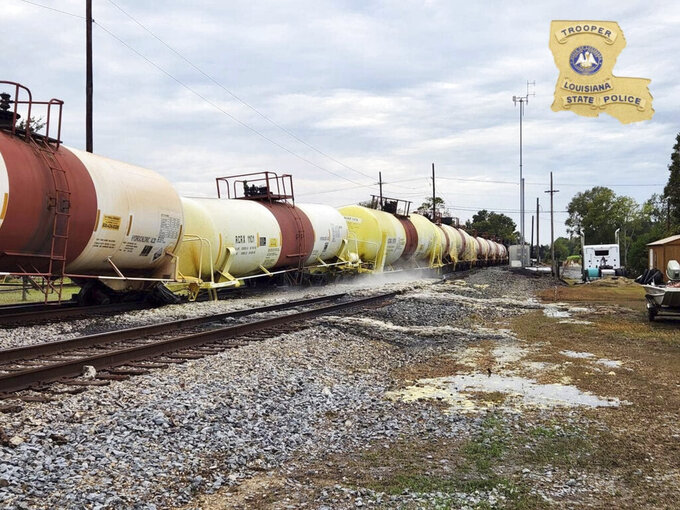 PAULINA, La. (AP) — Authorities in southeast Louisiana’s St. James Parish allowed all but two families to return to their homes Thursday, a day after a train car derailment and hydrochloric acid leak forced the evacuation of 200 residences.

Parish President Pete Dufresne said cleanup — including excavation of soil — was required at two homes closest to the spill site.

Authorities had begun a street-by-street lifting of the evacuation hours earlier, beginning with houses farthest from the site, as workers inspected for contamination from the chemical leak. Hotel stays had been authorized for a second night for evacuated residents.

St. James Parish Sheriff Willy Martin said any affected homes would have to be washed with agents to neutralize the acid residue. Thursday afternoon, Martin told reporters that monitors were available to check inside homes for anyone who felt an inspection would be necessary. He said one property owner asked for a test of his well water.

Paulina is a little more than 40 miles (64 kilometers) west of New Orleans.

Hydrochloric acid is extremely corrosive and inhaling fumes from the spill can damage lungs. Video from the scene shown on social media showed the leaking car and a bubbling trail of liquid leading away from the tracks.

The cause of Wednesday afternoon's derailment was under investigation.

Evacuations were called soon after the derailment of several Canadian National railroad cars. There were no reports of injuries.

The damaged car was one of six that derailed. State police spokesperson Christian Reed said the damaged rail car was carrying 20,000 gallons (75,700 liters) of the chemical.

Crews worked Thursday to upright the damaged car and prevent more acid from spilling. Cleanup involved the use of chemicals to neutralize the acid and the hauling away of contaminated material.

Overnight, workers contracted airboats to disperse vapors from the area to make it safer for workers.

This story has been corrected to show that the spilled chemical was hydrochloric acid, not sulfuric acid.